Everything you need to know about Erin is in the games she plays. E-mail: efan@triplepointpr.com

Everything you need to know about Erin is in the games she plays. E-mail: efan@triplepointpr.com

Montpellier, France – July 10, 2013 – Scimob today announced the multiplayer update to their critically acclaimed word-guessing game 94 Seconds. The game now challenges players to see who can guess the most words with just one category and one letter in just 94 seconds! Players can face off against friends or one of the 12 million other users who have joined the game since its February 2013 debut. 94 Seconds, including the new multiplayer mode, is free on the App Store and Google Play. END_OF_DOCUMENT_TOKEN_TO_BE_REPLACED

In an effort to let LIMBO reach as many devices as possible, Playdead is now ready to deliver a seamless touch-based experience on the iPad 2 (and higher), iPad Mini, iPhone 4S (and higher), and the latest generation of iPod Touch. END_OF_DOCUMENT_TOKEN_TO_BE_REPLACED

PARIS – June 27, 2013 – The heroes of Cyanide Studio’s strategy and adventure game, Aarklash: Legacy, show you what they are made of with a new set of screenshots!

Tactical combat is at the heart of Aarklash: Legacy‘s gameplay. Players have the ability to pause the game while planning the actions of each of their four units to defeat groups of organized enemy fighters already equipped with a variety of skills. Sturdy creatures will be in the way with surprises in store for every battle. END_OF_DOCUMENT_TOKEN_TO_BE_REPLACED

The release of LIMBO into its largest market to date, follows the news that LIMBO has already sold over 3 million copies across Playstation 3, Xbox 360, Steam, Mac App Store and Playstation Vita. END_OF_DOCUMENT_TOKEN_TO_BE_REPLACED 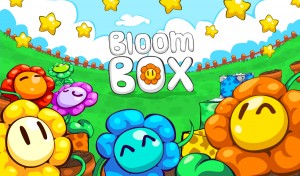 See how the domino effect brings flowers to the sunlight in the official trailer: http://www.youtube.com/watch?v=PJ9r_KFrkmE END_OF_DOCUMENT_TOKEN_TO_BE_REPLACED

The second in a series of games to be released under Gamenauts’ Asian indie mobile publishing initiative, Nuclear Outrun is set to explode on the App Store in July 2013 for iPhone, iPad and iPod Touch. END_OF_DOCUMENT_TOKEN_TO_BE_REPLACED