September 8, 2014 – Today Crazy Labs announced its newest game Airheads Jump is now available as a free download for Android devices on Google Play. Developed by Tactile Entertainment, the Danish mobile development team behind the mega hits Skyline Skaters and Chasing Yello, Airheads is a fresh take on the endless jumper genre with a rumble through the jungle of more than 100 levels. In the week following its release on the Apple App Store, Airheads was featured in over 140 countries and has been downloaded over one million times.

END_OF_DOCUMENT_TOKEN_TO_BE_REPLACED

WESTLAKE VILLAGE, Calif. — August 14, 2014 – 505 Games and Hidden Path Entertainment today announced that Defense Grid 2, the sequel to the 2008 tower defense critical hit, will launch on September 23, 2014. The game is currently available for pre-order on Steam and will be released for digital download on PC, Mac, Linux, PlayStation 4 and Xbox One.

END_OF_DOCUMENT_TOKEN_TO_BE_REPLACED

New Arcade-style Jumper Takes You Soaring Through The Jungle

August 14, 2014 – Today Crazy Labs has announced the release of its newest game, Airheads Jump, now available to download exclusively on the Apple App Store. Developed by Tactile Entertainment, the Danish mobile development team behind the mega hits Skyline Skaters and Chasing Yello, Airheads is a fresh take on the endless jumper genre with a rumble through the jungle of more than 100 levels. Tilt and tap your screen to boost your Airhead and climb your way up each level, hopping along trees and rock faces to collect the gold coins and jewels necessary to complete each challenge. Airheads is a buoyant free-to-play adventure.

END_OF_DOCUMENT_TOKEN_TO_BE_REPLACED 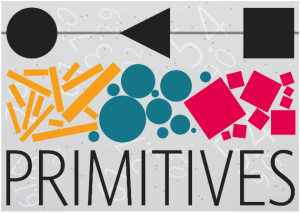 August 4, 2014 – Today Crazy Labs has announced the release of Primitives Puzzles in Time, featuring over 90 levels of focus-testing puzzles, out now on the App Store, Google Play, and the Amazon App Store. This abstract, minimalist puzzler requires you to guide shapes through spatial obstacles in the most efficient path possible within the allotted time. Drag shapes through different dimensions as you burst time bubbles to turn back the clock, and prevent collisions with barriers to save trapped stars. Each unique level provides new designs and obstacles that require precision to advance. With intuitive, varying gameplay and simple drawing mechanics, Primitives is a free-to-play experience that is both hypnotizing and challenging.

END_OF_DOCUMENT_TOKEN_TO_BE_REPLACED 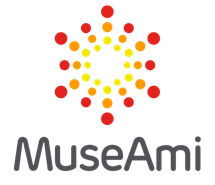 PRINCETON, NJ – July 10, 2014 – Offering fans an addictive new way to connect with friends through the music they love, music technology startup MuseAmi today announced the release of its newest app, Hook’d, available exclusively for iPhone and iPod touch. Hook’d invites users to record short video performances of today’s hit songs and classic favorites, then share them with a friend or the world. Using master recordings and cutting-edge audio effects, anyone can sound his or her best as they “drop Hooks” to express moments most vividly conveyed through song. MuseAmi offers a diverse and growing repertoire of authentic backing tracks, starting with a selection of music licensed from Warner Music Group, and will announce additional licensing deals in the coming weeks.

END_OF_DOCUMENT_TOKEN_TO_BE_REPLACED 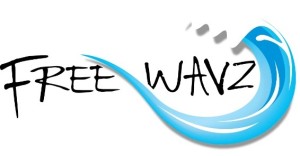