NEW YORK, NY and TEL AVIV, Israel – October 29, 2014 – Today Woojer, a consumer electronics startup, announced the launch of a matchbox-sized wearable subwoofer that lets users physically feel sound by translating audio signals into tactile sensation. The first such compact device on the market, Woojer was designed by a rock concert audio engineer to provide an immersive experience for users’ favorite music, games and movies. After successfully concluding a Kickstarter campaign in late 2013 – which closed with over 1,700 supporters and $140,000 – the device is now being shipped to backers of the campaign, and is for sale at www.woojer.com. END_OF_DOCUMENT_TOKEN_TO_BE_REPLACED 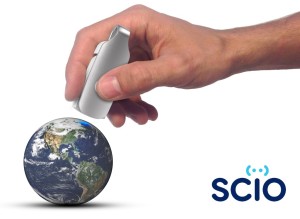 MENLO PARK, Calif. and TEL-AVIV, Israel — June 3, 2014 — Consumer Physics today announced that the Kickstarter campaign for SCiO, its handheld molecular scanner that will enable consumers to better understand the physical world, has raised more than $2,000,000 in less than 30 days and from more than 10,000 backers. SCiO is now the fifth most funded tech campaign in Kickstarter history, and it still has more than two weeks left before its fundraising drive ends. END_OF_DOCUMENT_TOKEN_TO_BE_REPLACED

BEIJING and CAMBRIDGE, UK — May 8, 2014 — International mobile entertainment platform company Chukong Technologies, which powers seven out of the ten top grossing games in China, and ARM, the world’s leading semiconductor intellectual property (IP) supplier, today announced a partnership to optimize games built in Cocos2d-x for ARM®-based devices. Cocos2d-x is an open-source, cross-platform game engine developed and maintained by Chukong Technologies, which has been downloaded more than 1.1 million times by developers such as Wooga, Zynga, Gamevil and more. The collaboration demonstrates Chukong Technologies’ commitment to incorporating the most advanced backend technology and give developers the power to build the fastest, cleanest mobile gaming experiences.

END_OF_DOCUMENT_TOKEN_TO_BE_REPLACED

SAN FRANCISCO — May 6, 2014 — DoubleDutch, the leading provider of mobile event applications, today announced the release of Game Day, a new large-screen activity visualizer display that highlights influential attendees, upcoming sessions, and the most buzz-worthy happenings around an event or conference. At many large conferences, it can be challenging to consolidate the activity on the floor into one digital place and broadcast it for all attendees. Game Day solves that problem by drawing discussions and trends from the mobile event app, and translating that real-time activity onto the big screen.

END_OF_DOCUMENT_TOKEN_TO_BE_REPLACED 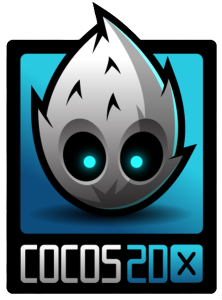 SAN FRANSISCO — May 1, 2014 — Chukong Technologies and Microsoft Open Technologies today announced more details of the collaboration between Chukong’s Cocos2d-x mobile game engine and MS Open Tech, including a series of co-hosted hackathons that began last month. The events give mobile game developers who are currently using Cocos2d-x the opportunity to learn more about the Windows and Windows Phone platforms and get hands-on support to port their games.