COPENHAGEN, Denmark – Oct. 3, 2013 –  BetaDwarf Entertainment, an award-winning independent game studio, today announced it will hold a tournament for its debut title, the co-op action RPG Forced, from October 11 to October 13, 2013. The tournament, co-sponsored by a number of high-profile partners, provides gamers with the early opportunity to win gear and experience the fast-paced multiplayer gameplay that made Forced a hit at this year’s PAX Prime and Gamescom. The game will officially launch on Steam and other popular digital distribution platforms for PC, Mac, and Linux on October 24, 2013. Forced will also see Wii U and next-gen releases in 2014, with PlayStation 4 and Xbox One launches planned.

END_OF_DOCUMENT_TOKEN_TO_BE_REPLACED

SAN JOSE, CALIFORNIA – September 24, 2013 –  Skytree®, the Machine Learning Company®, today announced it has advanced the state of machine learning for Big Data enterprise applications through the launch of its Second Opinion™ program, which connects data scientists and analytics professionals with Skytree’s powerful Machine Learning software and data scientists. With Second Opinion, organizations now have a trusted partner that can address the whole spectrum of challenges around advanced analytics on Big Data.

END_OF_DOCUMENT_TOKEN_TO_BE_REPLACED 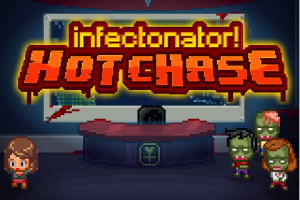 END_OF_DOCUMENT_TOKEN_TO_BE_REPLACED

BEIJING – August 22, 2013 –  International mobile game developer CocoaChina/Chukong, in partnership with legendary digital entertainment company KONAMI, today announced that Contra: Evolution is now available for Android™. The classic arcade action game of the 1988 NES title has been faithfully recreated with updated high-definition graphics and sound for the Android platform in the first fully licensed Contra game for mobile. The game can be downloaded on the Google Play™ store for $0.99 at this link: https://play.google.com/store/apps/details?id=cn.konami.contraevo.gp

END_OF_DOCUMENT_TOKEN_TO_BE_REPLACED

NEW YORK – August 22, 2013 – Boxed, a new venture by mobile industry veterans and engineers from Zynga, Adap.tv and Flurry, is launching its mobile commerce app that brings warehouse club savings to customers’ doorsteps. Boxed takes the headache out of warehouse shopping and offers 1-2 day delivery on hundreds of products, with no annual membership fee. The company recently completed a seed round that totaled $1.1M and included ENIAC Ventures, Social Starts and 15 Angels (Bessemer’s angel group). Former Zynga COO David Ko, also a Boxed investor, will lead the company’s board of advisors.