NEW YORK – July 25, 2012 – 9Fruits, a social game developer in South Korea, today announced the launch of Running Fever on Facebook. A new action arcade game, Running Fever pits players from around the world against each other in customizable races. Easy-to-learn controls, combined with a relaxed gameplay atmosphere, make Running Fever a great game for casual social gamers. With the London Summer Olympics fast approaching, this is a great way to experience the thrill of sprinting, hurdles, and bolts of lightning (?!?). To celebrate the opening of the worldwide Running Fever games, 9Fruits will be holding a competition starting today, with a chance for the world’s fastest online athlete to win a Samsung Galaxy S3 smartphone. Play Running Fever online now: https://apps.facebook.com/runningfever

Running Fever takes players to the track as they create a custom avatar to compete against other racers from around the world. Gamers will use renewable race tickets to enter a competition, choosing a specific racetrack and running against three other runners at a time. Utilizing special skills and different items, players aim to finish three laps as quickly as possible, all while jumping hurdles and avoiding different obstacles. By completing races, gamers increase their league ranking, running experience, and are rewarded with Running Coins, which they can use along with purchased Cash to upgrade their avatar with new skills, items, and clothing. A simple user interface offers easy navigation throughout the game, and Facebook integration makes it simple to challenge friends, creating a great social experience.

Starting today, Running Fever players will have the chance to compete for premium prizes. Any new athletes who sign in to play the game between now and August 25th, 2012, will be entered to win $10 in Facebook Credits; 100 players will be selected to win at random. In addition, top runners will have a shot at the grand prize: the player who turns in the top time on a designated event map will take home a Galaxy S3 from Samsung, with runners-up winning hundreds of dollars in Facebook Credits.

Be sure to check out the gameplay trailer for Running Fever here: http://www.youtube.com/watch?v=00PZgausyk4&feature=youtu.be

Running Fever will get your competitive spirit pumping. Check it out today for free on Facebook: https://apps.facebook.com/runningfever 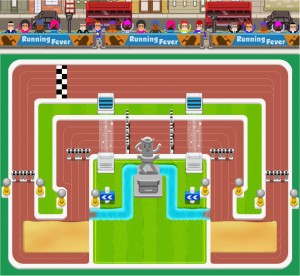 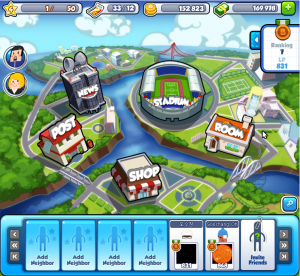 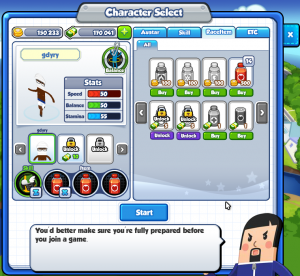 About 9Fruits
9Fruits is a digital media consultant and developer of social Facebook games based in South Korea. Their debut title is Running Fever. For more information please visit www.9fruits.com.