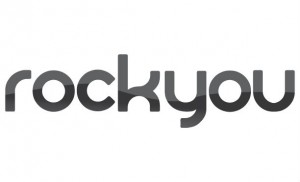 NEW YORK – August 9, 2012 – AMC and RockYou® today announced the launch of The Walking Dead Social Game, a story-based Facebook game based on AMC’s television series. Fans are invited to step into the zombie-filled world, where they will fight for their lives, help friends survive, and embark on chilling adventures with characters and settings from the show. Play the game now at https://apps.facebook.com/amcwalkingdeadgame/?amc

The Walking Dead Social Game blends elements of strategy and survival-horror to create a unique, tensioned-filled social gaming experience. Faced with an ever-present threat from man-eating zombies (called “walkers”), players use combat, stealth, and trickery to stay alive and to complete missions in their quest to survive the apocalypse.

“The audience for AMC’s ‘The Walking Dead’ are passionate and deeply interested in the world of the show. Our social game allows them to explore and experience the zombie apocalypse for themselves, along with their friends,” said Mac McKean, AMC’s svp of digital media.

The game offers a stat system based on the characters’ attributes such as stamina, shooting accuracy, range of movement and vision. As you progress you earn points, based on your skill, which enables you to improve on these stats.  This all allows for players to customize the skill-set of the squad members. No one is safe as even the player’s own Facebook friends may turn and attack as blood-thirsty walkers. The game was developed by Eyes Wide Games of Atlanta, GA.

“Gamers are ready for a more robust gameplay experience on Facebook,” said Josh Grant, svp and GM of Studio Partners at Rock You. “We’re bringing a thrilling survival-horror game experience to a more social platform that both long-time gamers and fans new to the gaming space can enjoy.”

AMC concluded the second season of “The Walking Dead” in March of 2012. The episode was viewed by a record-breaking 9 million viewers and the series reigns as the most watched drama series in basic cable for adults 18-34, adults 18-49 and adults 25-54. AMC’s “The Walking Dead” is based on the comic book series written by Robert Kirkman and published by Image Comics.  It tells the story of the months and years that follow after a zombie apocalypse and follows a group of survivors, led by police officer Rick Grimes, who travel in search of a safe and secure home. “The Walking Dead” Season 3 premieres Sunday, Oct. 14 at 9pm ET/PT on AMC.

About AMC
AMC reigns as the only cable network in history to ever win the Emmy® Award for Outstanding Drama Series four years in a row, as well as the Golden Globe® Award for Best Television Series – Drama for three consecutive years.  Whether commemorating favorite films from every genre and decade or creating acclaimed original programming, the AMC experience is an uncompromising celebration of great stories.  AMC’s original stories include “Mad Men,” “Breaking Bad,” “The Walking Dead,” “The Killing” and “Hell on Wheels.”  AMC further demonstrates its commitment to the art of storytelling with its slate of unscripted original series, as well as curated movie franchises like AMC’s Can’t Get Enough and AMC’s Crazy About.  AMC is owned and operated by AMC Networks Inc. and its sister networks include IFC, Sundance Channel and WE tv.  AMC is available across all platforms, including on-air, online, on demand and mobile.  AMC: Story Matters HereSM.

About RockYou
RockYou® is committed to defining the future of social gaming, creating products intended to serve players, advertisers, and developers alike. The company has dedicated itself to the development, distribution and monetization of high-quality games, including the celebrated Zoo World™ franchise. With advertising products that offer brands more meaningful interactions with players, RockYou creates an unmatched value-per-engagement for both brands and users. RockYou’s partnerships with world-class talent are part of their steadfast commitment to working with the next generation of social game developers. RockYou can be found on the World Wide Web at http://www.rockyou.com.

About Eyes Wide Games
Eyes Wide Games is an independent game studio focused on making high-quality social games with an emphasis on originality, playability, story, and fun. Located in Atlanta Georgia and founded in 2007, the game studio’s tools and platforms have enabled the rapid development of colorful worlds enjoyed by millions of players.