Autumn Dynasty puts you in command of armies of the Autumn Empire as they defend the land from foreign barbarians and corrupt officials who seek to seize the empire’s secrets. Manage your soldiers in Autumn Dynasty’s grand story campaign or face off against AI opponents in Skirmish Mode. The traditional Chinese painting comes to life as you direct your armies with brushstrokes and classic warfare maneuvers!

Download Autumn Dynasty today for your Android device on Google Play for $4.99: https://play.google.com/store/apps/details?id=com.touchdimensions.autumndynasty 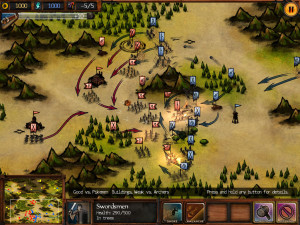 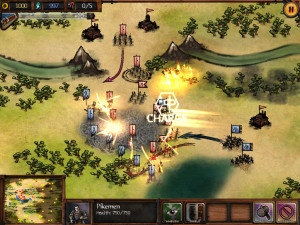 About Touch Dimensions
Touch, think, play! Founded in September 2009, Touch Dimensions aims to create new possibilities in gaming by focusing on innovative ways to provide interactive experiences that will enhance people’s lives and gaming experiences. Worlds to explore, puzzles to solve – these are but a few of the elements that make a great game. We strive to let players experience these in games by integrating natural user interfaces into the game and then bringing it to multiple platforms.

With a passionate and award-winning design and development team, Touch Dimensions makes games that run on a variety of platforms and devices: iPad, iPhone, iPod, Blackberry, PC, Surface and an array of smartphones.