Manage your base, build up your forces and dominate the galaxy in a high fidelity 3D world

BEIJING – Nov. 11, 2013 – Build up armies and conquer the stars in Galaxy Factions, a new combat strategy game that puts players in command of their own space fortress! Developed by Faceroll Games and published by international mobile game studio Coco, the game publishing arm of Chukong Technologies, Galaxy Factions takes mobile real-time strategy gaming to the outer reaches of space.

Starting with little more than a barren rock and a couple of hired guns, players build up their space stations, collect resources and assemble massive armies to crush their rivals and become the ultimate power in the galaxy. Rally powerful heroes to your cause and make alliances with your friends, but beware—someone may be coming after YOU next! 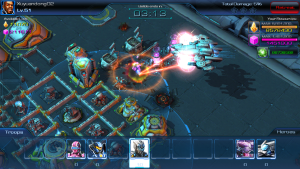 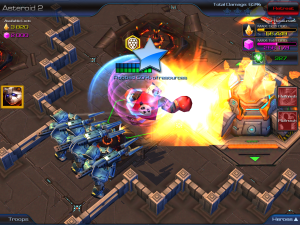 Coco, the in-house publishing arm of Chukong Technologies, has built top-ranking games for players around the world. Previously operating under the name Punchbox, Coco is the studio behind the Fishing Joy franchise, one of the most popular mobile casual games in China. To date, the company has released 37 games to date since it was founded in 2008. Coco’s games are played by more than 65 million players every day.

As part of the Chukong Technologies brand, Coco contributes to the overall success of China’s largest game developer. Chukong also collaborates with leading developers to create, localize, monetize, and distribute games globally, as well as maintaining the Cocos2D-x game engine for its 400,000 users. To learn more, please visit http://www.chukong-inc.com/.