MOUNTAIN VIEW, Calif. – December 19, 2013 – Atypical Games, the Apple Design Award-winning creator of the airplane dogfighting series, Sky Gamblers, today announced their next war title to push the mobile technology boundaries, Battle Supremacy. To celebrate, Atypical has released the official trailer to give a glimpse of the open world battlefield to come. Battle Supremacy will be available on the App Store for $4.99 on January 9, 2014.

Catch a glimpse in the trailer: http://www.youtube.com/watch?v=Lx9h-dJ7_fM

The trailer gives players a first look at the real-life replica cities, beaches, forests, and mountainside villages that make up the most realistic tank battle game on mobile. Featuring Atypical Games’ renowned PC-quality graphics, the game sports fully interactive environments with trees and buildings that can be destroyed to clear an escape route…or expose the enemy! Completing the realism is ever-changing weather that makes trees sway with the wind, as well as snow and rain that reduce visibility! Also available to players’ advantage (and disadvantage) are realistic wildlife who react who react to vehicle presence. Beyond a variety of historically accurate World War II tanks, players can get behind the wheels of jeeps, light armor vehicles, boats, as well as airplanes…because who can’t forget how awesome flying in Sky Gamblers felt! 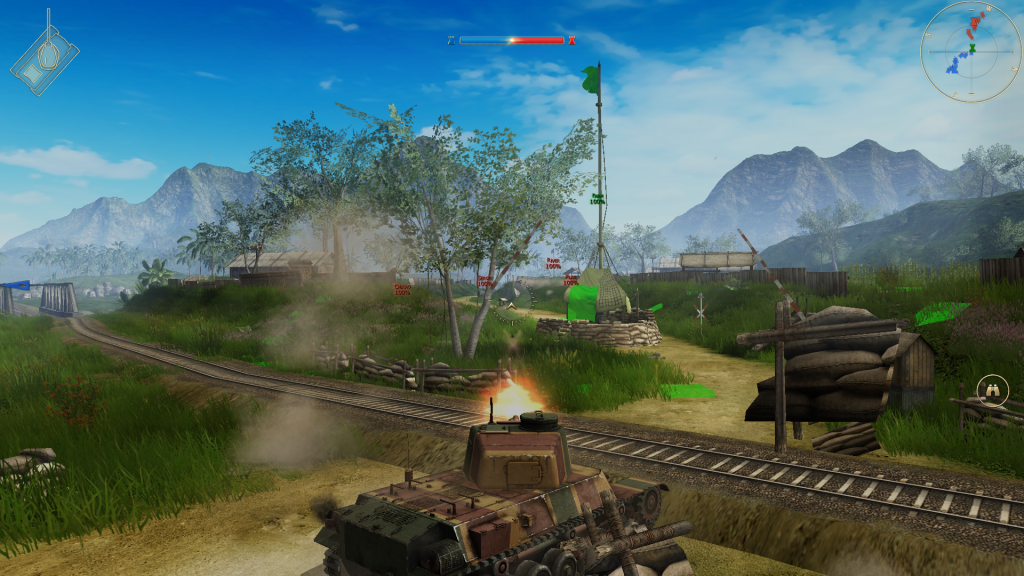