LICHFIELD, UK – April 24, 2014 – IceFlame has dropped the green flag and blown the starting whistle: Soccer Rally 2 is now available on the iTunes App Store and Google Play. Expanding on the vehicular soccer app Soccer Rally, the sequel is an action-packed fusion of car racing and the world’s most popular sport. The game puts players behind the wheel of their very own tricked-out, high-speed, engine-rumbling racecars, then challenges them to pass, tackle and shoot their way to victory. Free to download, Soccer Rally 2 is out now for iOS and Android.

Start your engines with the Soccer Rally 2 trailer and official website. Or even better, watch the guys from IceFlame drive real sports cars into real giant soccer balls!

Soccer Rally 2 features an extensive single-player campaign, in which players can hone their skills against increasingly clever AI opponents. Be sure to practice up; both driving skills and soccer techniques are crucial to compete in the epic mano-a-mano multiplayer match-ups. The game is optimized for tablets, and excels in local party play. Multiplayer users can also spice up their games with a variety ball pack which offers options including a baseball, a bowling ball or basketball, and even a hockey puck for arcade-style air hockey fun.

Backed by a robust racing engine, Soccer Rally 2 provides a realistic driving experience… well, realistic for those who enjoy joyriding around soccer fields! Each of the nine cars features different acceleration, braking and handling, to mix up the gameplay experience. Players can fully personalize their vehicles with 30 vibrant colors and over 200 decals applied in nine layers, for a custom hotrod that reflects their personality. Once perfected, modders can show off their crazy creation to their friends on Facebook and Twitter, directly from the game.

IceFlame’s latest game includes a rich multilayered soundtrack, with 18 real music tracks from 13 talented indie bands from around the world, from Moscow to San Francisco.

Soccer Rally 2 is a free download available today; get a piece of the action now on iTunes and Google Play.

You can find more info about Soccer Rally 2 here. 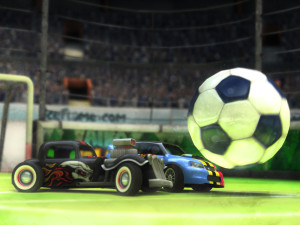 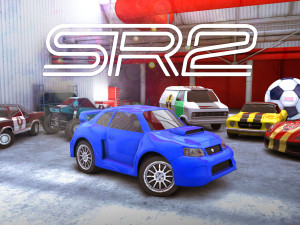