Write Naturally with Pen and Paper, Store and Organize Digitally in Evernote

OAKLAND, Calif. – May 15, 2014 – Livescribe Inc. today announced a new way to automatically save and share handwritten notes and drawings directly to Evernote, making it easier to capture everything from a meeting or lecture, then access that information on almost any computer or mobile device. This new feature is available to all Livescribe 3 smartpen customers with a free update to the Livescribe+ app for iOS. Once in Evernote, people can integrate handwritten paper notes with the rest of the information they keep in the online service, while also storing content in the Livescribe+ app.

“Pen and paper remains the most popular and natural way to take notes, and our aim is to integrate this traditional method with the modern digital tools that people use every day,” said Gilles Bouchard, CEO of Livescribe. “Now Livescribe 3 customers can send all their notes to their Evernote account without having to think about it.”

Through this new integration, customers can send exactly what they want – including individual snippets, a selection of pages, pencasts or entire notebooks – to specific Evernote notebooks. In addition, using the new Auto-Send feature, Livescribe 3 customers can designate any notebook in Livescribe+ to automatically update in Evernote any time notes or pages are written in that notebook.

To configure a notebook to Auto-Send, customers simply tap the Share icon while viewing any page of the Livescribe notebook they want to save to Evernote. From the Share panel, customers will see “Auto-Send” listed and upon tapping that, will see Evernote. Once Auto-Send is set up, Livescribe+ will create a corresponding copy of the notebook in Evernote that shares the same name. All the content from the notebook will be sent to Evernote and any new notes from that notebook will automatically be sent to the corresponding Evernote notebook when connected to the Internet. The integration is intelligent enough to even detect handwriting added or deleted on a specific page, and update Evernote accordingly. It will also keep updating a page even after it has been moved or edited within Evernote. Recorded audio pencasts can be manually sent to Evernote as needed.

For more information on using Livescribe 3 smartpens with Evernote, please visit the Noteworthy Blog at www.livescribe.com/blog/noteworthy/.

Livescribe is the global leader in the design and manufacturing of smartpens, enabling customers to capture, search and share handwritten notes on the digital devices they use every day. Livescribe makes the only smartpens on the market that synchronize handwritten notes with recorded audio, making the ubiquitous pen more useful in today’s world. Livescribe’s family of smartpens include the Echo smartpen, the Sky wifi smartpen and the Livescribe 3 smartpen, with complementary software for each platform.

Livescribe was founded in 2007 and is headquartered in Oakland, California. The company has received funding from firms such as Scale, VantagePoint and Crosslink Capital, along with other participants. To learn more about Livescribe, please visit www.livescribe.com. 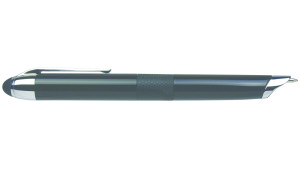 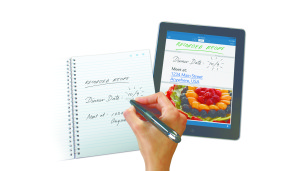