SANTA MONICA, Calif. – Sept. 26, 2014 – OUYA today announced that Neverending Nightmares, the highly-anticipated 2-D psychological horror game that condemns players to awaken into nightmare after unending nightmare, is available on OUYA and Steam for the discounted price of $13.49 for this week only (following launch week, the game will be priced at $14.99). The game will also have a free-to-try demo on OUYA. Nominated for two Best of Show awards during E3 2014 and called “scarier than any ghost story or zombie infestation,” Neverending Nightmares confronts players with the most terrifying monsters of all—the ones that exist only in their minds.

Neverending Nightmares puts players in the shoes of Thomas, a disturbed young man who is doomed to dream, fear-wracked and rattled and far from the comfort of the waking world.  As he tumbles through endless night, Thomas will encounter the apparitions that dwell in the spaces between sleep and sleeplessness, where the bounds of reality begin to bend and warp and each new sight is an unequaled horror. It is up to the player to evade the denizens of darkness, to discern reality from illusion, and to learn the terrible truth behind the nightmare.

For all its fantastical, phantasmagorical imagery, Neverending Nightmares is grounded by its all-too-real source material. In designing the game, developer Matt Gilgenbach drew inspiration from his own personal struggles with mental illness. Gilgenbach hopes that Neverending Nightmares will help to create awareness, inspire empathy, and show gamers going through similar struggles that they are not alone.

Neverending Nightmares’ remarkable visual style and harsh colors contribute to the disjointing world that players are trapped in. Inspired by the art of Edward Gorey, this starkly sparse color palette highlights the player’s disorientation and isolation as they venture through the darkness.

To get a closer look at the terrors that tug at Thomas’ subconscious, check out the trailer here.

To experience the nightmare for yourself, grab the game on OUYA or Steam.

Infinitap Games is an indie studio founded by Matt Gilgenbach, the designer of the award winning game Retro/Grade. Their mission is to create terrifying and thought-provoking psychological horror games. Neverending Nightmares will be their first released game as a studio. 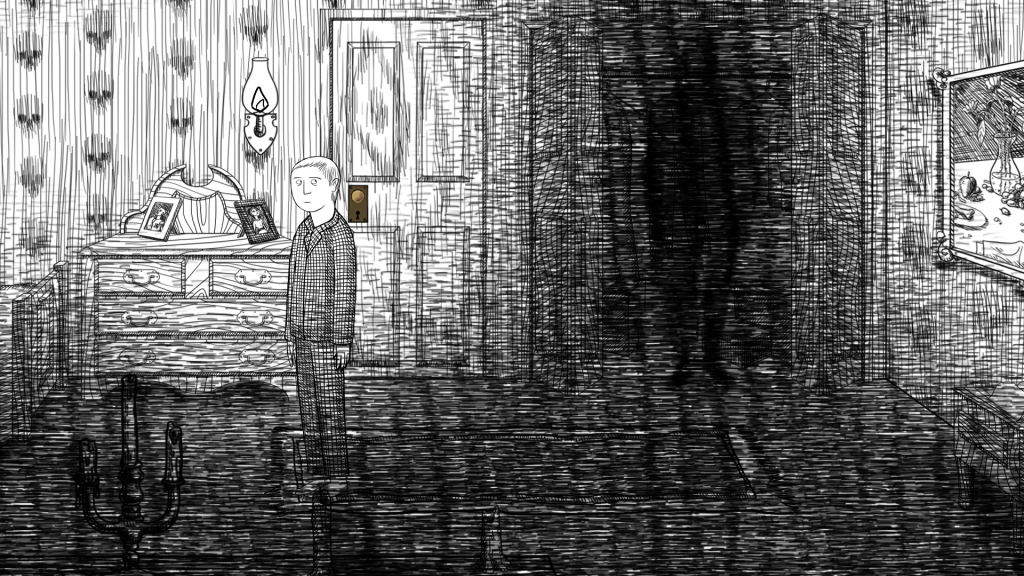 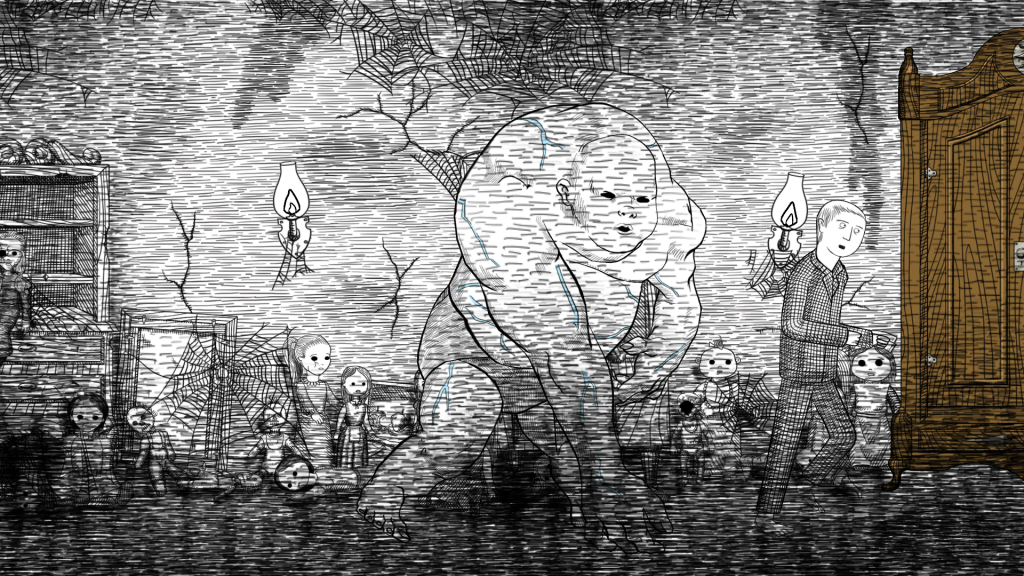