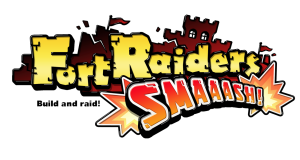 TOKYO, Japan – February 12, 2015 – Acquire, the creators of the Way of The Samurai and Tenchu series, today released Fort Raiders SMAAASH! as a free download for iPhone, iPod touch, iPad, and Android smartphone and tablet devices. This 2D combat strategy game rendered in a refreshing Japanese art style lets players create customizable forts for their expanding forces as they embark on the ultimate quest for glory: unimaginable riches guarded in a legendary temple in the sky!

Begin your adventure by downloading for free on iOS and Android devices:

In Fort Raiders SMAAASH!, legend tells of a mysterious Temple in the Sky where vast riches are guarded by the fabled Dark Dragon of the Apocalypse. Train your armies and build up your fort to magnificent heights as you race to the top in search of treasure and glory, but remember to upgrade and defend your fort from raiders vying to snatch the treasure for themselves. Gather resources and train a team of warriors to reach the top first, and find out if the legends of treasure are true! 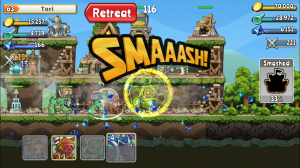