Anticipated Sequel to the World’s Biggest Music Trivia Game is Free-to-Play on iOS, Coming Soon to Android and Facebook

NEW YORK CITY – July 16, 2015 – FreshPlanet today released SongPop 2, the follow-up to the social music trivia hit SongPop which amassed over 100 million users since launch. Built around the  Name That Tune(™) foundation of the original SongPop, SongPop 2 features new twists and bigger, louder, more toe-tapping trivia action than ever before. SongPop 2 is free-to-play with in-app purchases and available now on iOS, coming soon to Android, and Facebook Canvas. To download the game, click here.

For toe-tapping competitors who hate to wait, SongPop 2 provides a whole new way to play: the social single-player game mode, Party Mode. In this mode, players can put their music trivia prowess to the test on a series of ten-question music trivia quizzes, each of which will contribute to their overall score on a series of limited-time-only global leaderboard. When the party’s over, the players who’ve topped the charts will win fabulous prizes: coins, XP, power-ups and badges.

FreshPlanet has been working closely with record labels and music publishers to build an incredibly diverse collection of the latest and greatest hits: in addition to their already enormous catalogue, FreshPlanet will release over 25 new, highly-anticipated playlists at launch, all of which will be free-to-try. Returning SongPop users can sync their accounts to find all of their unlocked playlists, progress, and high scores from the original SongPop ready and waiting for them in this new experience.

“SongPop 2 is not just a remake,” said FreshPlanet CEO Mathieu Nouzareth. “It’s an entirely new music trivia experience. We built this game from the ground up – tons of new ways to play, smoother matchmaking, a faster user interface, and of course, more of the music that our community loves.”

To get a closer look at SongPop 2, check out the launch trailer, or download the game today in the Apple App Store.

For more information about SongPop 2, visit: 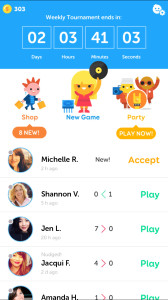 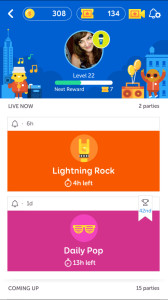