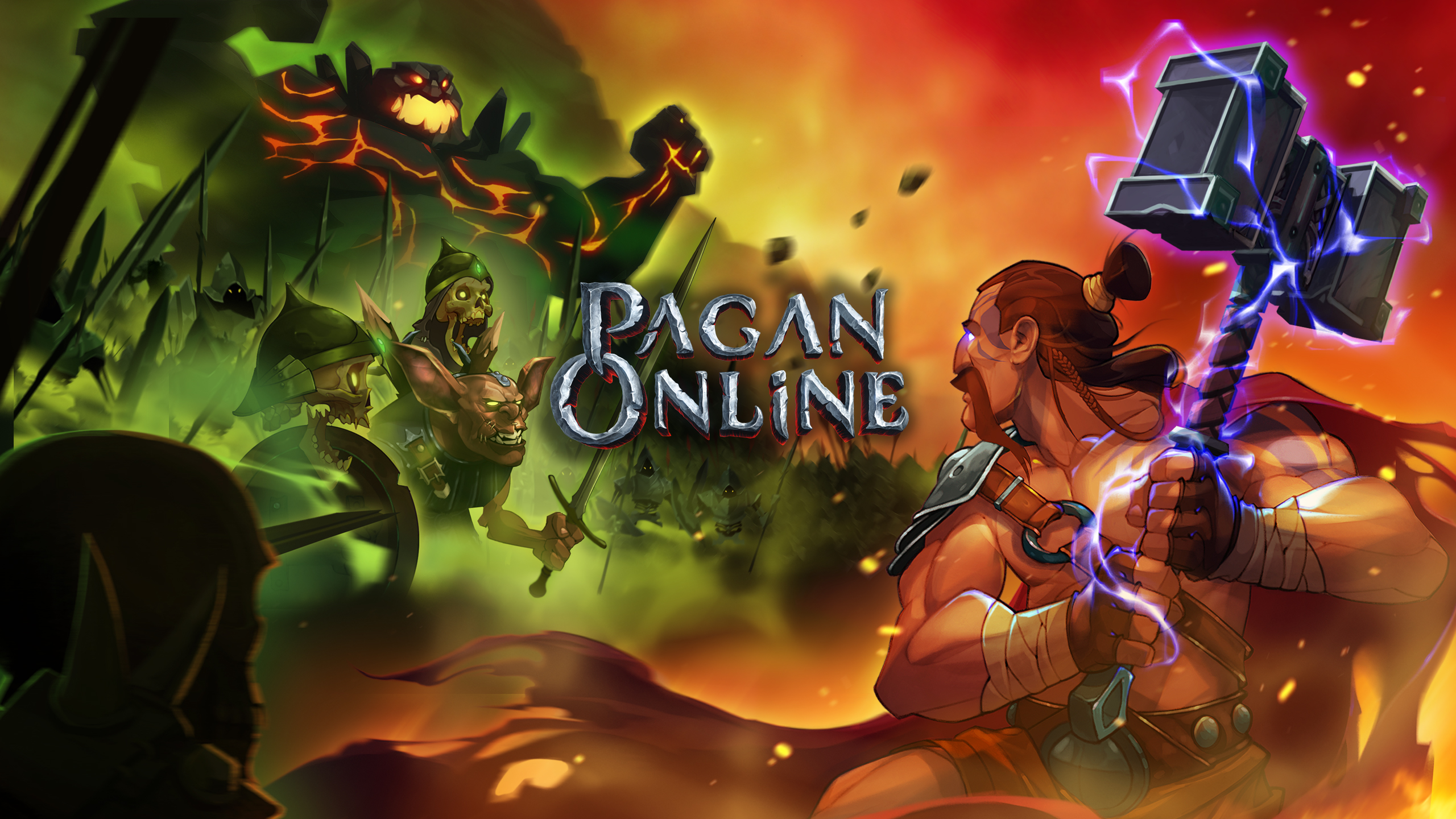 December 17, 2018 – Wargaming and Mad Head Games today revealed the first official gameplay teaser trailer for Pagan Online, an intense action RPG launching on PC in 2019. Watch as powerful heroes take on vicious hordes of enemies and battle bosses based on pre-Christian mythology. Plus, get a glimpse of the powerful abilities of the game’s first three characters, in addition to some massive loot drops.

Pagan Online will challenge PC players starting next year, and registration for pre-launch tests known as Trials is open at Pagan-Online.com. The game is developed with an ambition to bring new meaning to the “Action” part of Action RPG, introducing intense and exciting session-based combat that rewards players for being smart and skillful. Character progression incentivizes building and developing a “family” of many unique characters, rather than one character with multiple builds. Combinations of gear, skills and characters will offer synergies that deliver more than the sum of the stats, and can be put to the test in challenging boss fights and other modes. Pagan Online’s combination of storytelling, procedurally-generated arenas, and multiple choices that lead to different encounter types create the feeling of a living and changing world, where every day and fight is different from what came before.

“With Pagan Online we’ve worked hard to deliver a fast-paced and intense combat system that’s easy to pick up but difficult to master,” said Uros Banjesevic, Co-founder and Creative Director of Mad Head Games. “We took inspiration from MOBAs to create unique characters with specific skills and specialties, and when you put them into this type of combat system you end up with a family of fighters that do different things well in different scenarios.”

“The amount of loot in Pagan Online is vast – we want players to be challenged to experiment and find the right combinations of skill boosts and buffs that make their playstyle even more effective,” said Jacob Beucler, Product Director, Wargaming. “This means knowing the different characters, how you want to play them, and what they’re good at, and trying out different loadouts until you find the most deadly combination.”

Pagan Online features difficult missions, high replayability, intense top-down combat and tons of customizability, loot, and mayhem. Join the carnage by signing up for the Trials at: https://www.pagan-online.com/

A press kit including Pagan Online logos, new screenshots, key art, and even some cool GIFs can be found here.

Follow Pagan Online on social media to be the first to get the latest updates:

About Wargaming
Wargaming is an award-winning online game developer and publisher headquartered in Nicosia, Cyprus. Founded in 1998, Wargaming has grown to become one of the leaders in the gaming industry with 4500+ employees and more than 20 offices globally. Over 200 million players enjoy Wargaming’s titles across all major gaming platforms. Their flagship products include the massively popular free-to-play hit World of Tanks and the strategic naval action game World of Warships.

About Mad Head Games
Mad Head Games is one of the pioneers of game development in Serbia. Founded in 2011, it quickly grew to become an industry leader, blazing the trail for all up-and-coming domestic game developers. The company is known for its innovative approach to casual adventure games, and after years of consecutive successes, it is expanding into new genres.