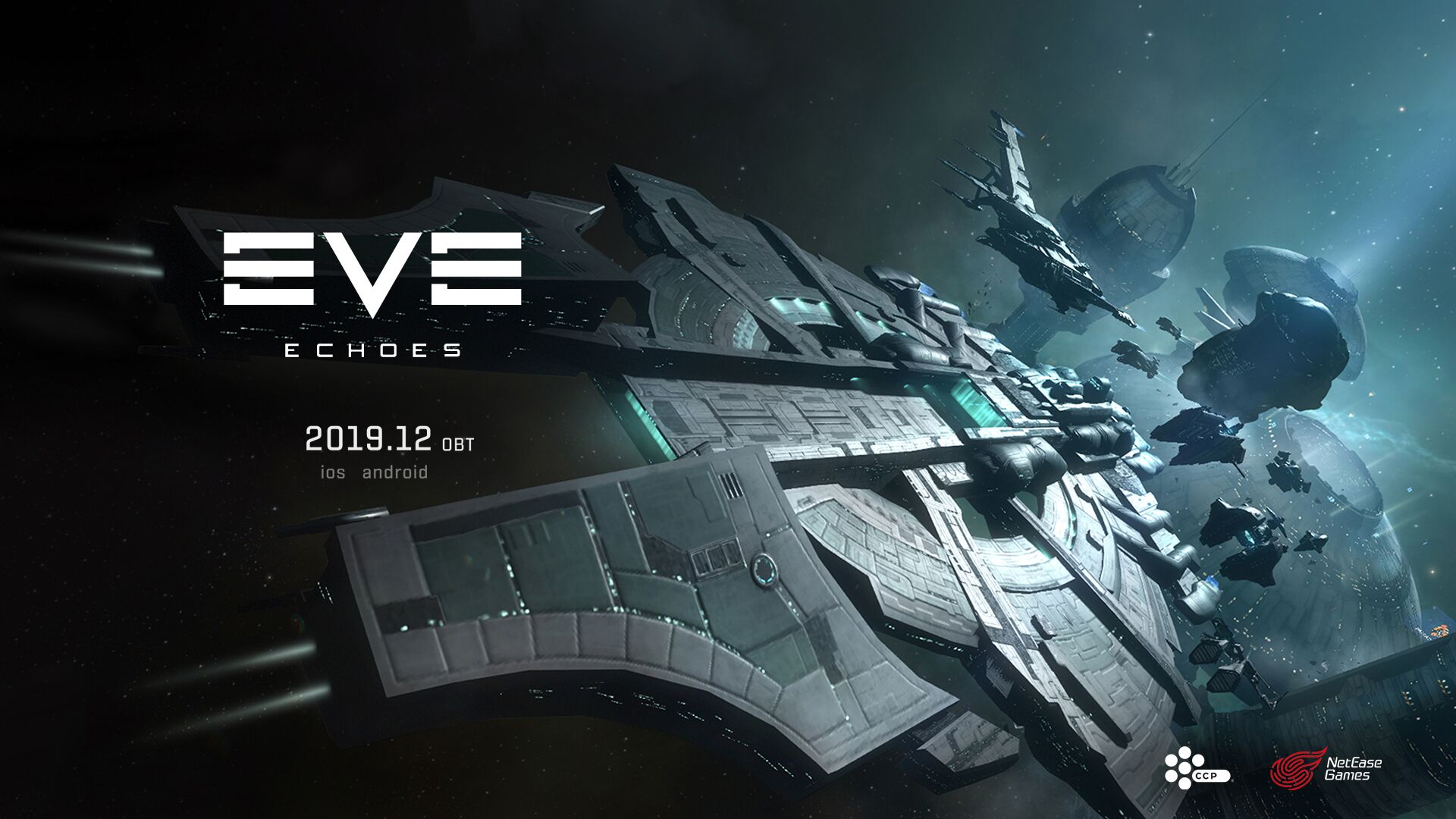 GUANGZHOU, China and REYKJAVÍK, Iceland – Oct. 24, 2019 – NetEase Games and CCP Games today announced that the open beta for EVE Echoes, the authentic EVE Online experience for mobile devices, will go live this December. Developed by NetEase Games in conjunction with CCP Games, EVE Echoes was unveiled last year and will be available to demo for the first time at EVE Vegas in Las Vegas, Nevada, this weekend.

In celebration of the open beta announcement, new assets, an official website, and social media channels are now live for EVE Echoes.

Venture into the depths of space with official gameplay footage here: https://youtu.be/7Cai8fwFa0I.

“We’re very excited for the first public outing of EVE Echoes, the next revolutionary step in mobile MMO gaming,” said Hilmar V. Petursson, CEO of CCP Games. “I can’t wait to see the reaction from our core PC players, who will no doubt recognize the unparalleled scale and sophisticated gameplay of EVE Online’s virtual world running through the veins of EVE Echoes.”

“CCP Games is a pioneer in space MMOs, and will make its mark on the industry even further by expanding the EVE experience to mobile with EVE Echoes,” said Ethan Wang, Vice President of NetEase, Inc. “Combining CCP’s leadership in game design with our NeoX game engine and leadership in game publishing will no doubt create a spacefaring sandbox MMO for mobile devices unlike anything seen before.”

Taking place October 25 – 27 in Las Vegas, EVE Vegas is the largest gathering of fans from around the world in celebration of all things EVE. During EVE Vegas, attendees will learn more about EVE Echoes as well as the expanding 1 franchise, play the game hands-on ahead of its open beta this December, hear from the developers, and interact with fellow EVE pilots. To learn more about the event, visit https://vegas.eveonline.com.

For more information about the EVE Universe, visit ccpgames.com/products.

About CCP
CCP is a leading independent game developer that has been praised for its artistry, technology and game design that facilitates emergent behavior, empowering players with compelling means of self-expression. With the launch of EVE Online in May 2003, CCP established itself as a pioneer of cutting edge massively multiplayer games, winning numerous awards and receiving critical acclaim worldwide. Founded in 1997 on the principle of pushing the envelope and breaking new ground on all levels, CCP is on a mission to create virtual worlds more meaningful than real life. CCP is headquartered in Reykjavik, Iceland, and has additional studios in London and Shanghai. For more information, visit www.ccpgames.com.