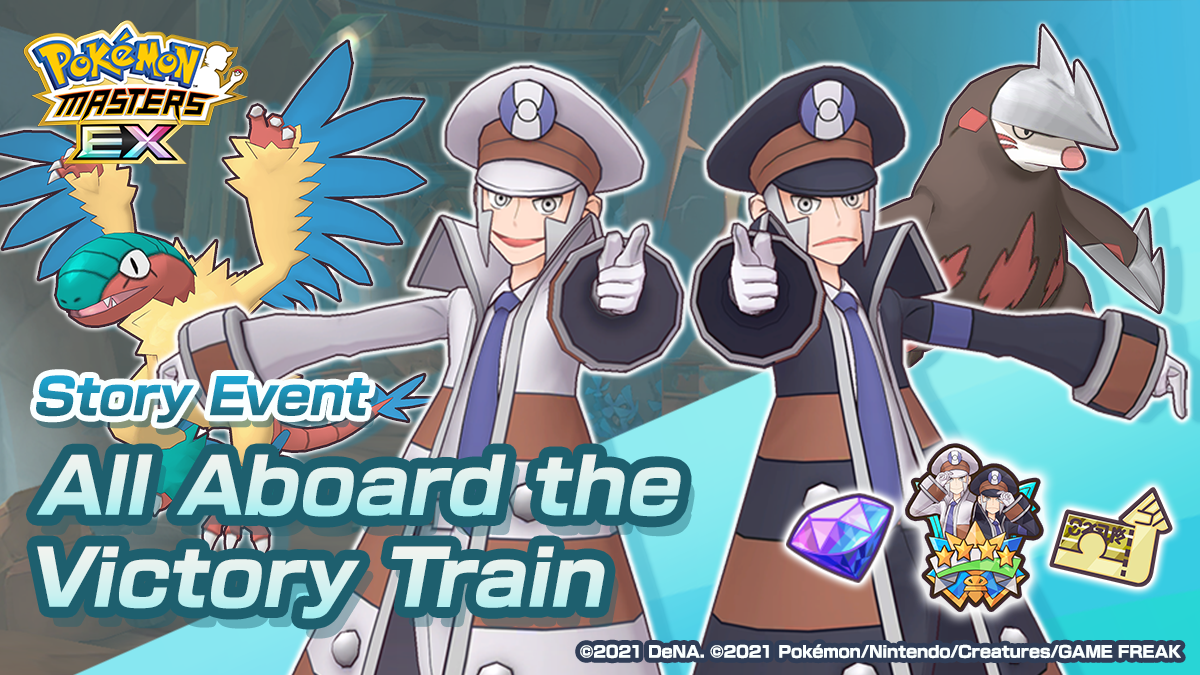 TOKYO—June 30, 2021—DeNA Co., Ltd. in partnership with The Pokémon Company has announced that players will be able to add sync pairs Ingo & Excadrill and Emmet & Archeops, best known as the Subway Bosses of the Unova region, to their teams in Pokémon Masters EX.  Both sync pairs will be available from now until July 21 at 10:59 p.m. Pacific Time in the Poké Fair Scout.

An in-game story event titled “All Aboard the Victory Train” is also available from now until July 14 at 10:59 p.m. Pacific Time for players who have completed Chapter 1 of the Main Story. This event features Ingo and Emmet as they attempt to build a facility on Pasio similar to the Battle Subway on Unova. Players can earn in-game rewards such as Strike move candy coins, Support move candy coins, and 5★-Guaranteed Scout Tickets by completing battles in this event.

As part of the “All Aboard the Victory Train” story event, players that log in to the game daily from now until July 14 at 10:59 p.m. Pacific Time will be able to receive up to 1,000 Gems, enough to add up to three sync pairs to their teams.

Celebrate Bidoof Day! To celebrate the Plump Mouse Pokémon, a log-in bonus will be available from June 30 at 11:00 p.m. Pacific Time until July 7 at 10:59 p.m. Pacific Time. Players that log-in to the game for three days throughout this period will be able to earn up to 1,200 Gems, enough to add up to four sync pairs to their teams. The amount of 400 Gems given per day was chosen as a tribute to Bidoof’s Pokédex number of 399.