PARIS – May 25, 2012 – Of Orcs and Men, the epic role-playing game jointly developed by Spiders (Development) and Cyanide Studio (Concept and Production) for PlayStation 3®, Xbox 360® and PC, today unveiled a new series of screenshots, which reveal some of the new lands to be explored in this epic adventure. The game will invade E3 this June at Focus Home Interactive’s booth!

The game starts you in the role of an elite Orc warrior, deeply involved in the war against their persecutors, Humankind. You have been sent on a dangerous mission that could change the course of the war: kill the one responsible for all the bloodshed and mobilization of the human race to destroy the green-skinned people–the Emperor himself. Joining you in your mission is a Goblin, an assassin and master of stealth, who complements your Orc’s brute strength in battle.

From the Wall separating the Empire of Men from the Orc territories, to the Isle of Laments, Of Orcs and Men’s fantasy universe comes to life thanks to the powerful graphics engine developed by Spiders. The 5 screenshots revealed today are a testimony of the care brought by Spiders and Cyanide to realize a quality role-playing game endowed with a strong identity, an exceptional ambiance, and unique graphics rendering.

Of Orcs and Men will be presented at E3 at Focus Home Interactive’s booth #5436 in the West Hall. To book a hands-on demo and a chance to meet the development team, please contact Stephanie Palermo at spalermo@triplepointpr.com.

Take arms, and lead the green-skinned rebellion in September 2012!

In 2012, Focus will publish ambitious games such as Wargame: European Escalation, the new real time strategy game from the creators of « R.U.S.E. »™; Game Of Thrones™, the role-playing game adapted from the bestseller saga written by George R.R. Martin; The Testament of Sherlock Holmes™ on PC and for the first time ever on consoles; Of Orcs and Men, a great roleplaying game featuring Orcs and Goblins; Confrontation®, the video game adaptation of the famous board game universe by Rackham and also the official video game of Le Tour de France. www.focus-home.com

About Cyanide Studio
Founded in 2000, Cyanide is a privately-held video game development studio. It employs a total of 70 staff, divided between its headquarters in Paris, France, and its subsidiary studio in Montreal, Canada. Best known for its sport management sims such as the popular Cycling Manager series and Pro Rugby Manager, Cyanide also developed Blood Bowl the video game adaptation of Games Workshop’s well-known board game. 2010 will see the release of Blood Bowl: Legendary Edition, the ultimate edition of Blood Bowl, as well as the new edition of Pro Cycling Manager – Tour de France 2010, a major evolution of the series since its creation! Finally, the studio is currently working on the video game adaptation of A Game of Thrones, the famous best-seller novels written by George R.R. Martin.www.cyanide-studio.com 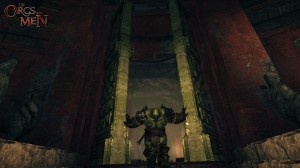 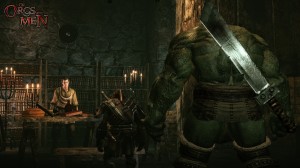