Become a Shadowhunter and save humanity in the new action game

SAN FRANCISCO – Aug. 15, 2013 – Leading mobile game developer PlayFirst, in cooperation with Sony Pictures Consumer Products, today announced the release of the official mobile game for The Mortal Instruments: City of Bones movie. Free for iPhone, iPad, iPod touch and on Google Play™, the action role-playing game immerses players in a sprawling world that sits hidden within our own, crawling with vampires, warlocks and other fearsome creatures. Players must save New York City from the insurgence of demons through dynamic action-filled battles alongside the characters from the film.

“The Mortal Instruments series has a strong and passionate following that is eagerly awaiting the film release on August 21st,” said Mark Caplan, Vice President of Consumer Products at Sony Pictures. “Now the mobile game from PlayFirst offers a way for fans to immerse themselves in the story and interact with the movie’s characters through the unique perspective of a Shadowhunter before and after they head to theaters.”

In The Mortal Instruments: City of Bones mobile game, players embark on a perilous quest to recover the Mortal Cup as a Shadowhunter, a half-angel, half–human warrior sworn to protect the human race. With customizable fighting styles, abilities and appearances, Shadowhunters take on a variety of classes and powers. By winning battles and leveling up skills, players can unlock powerful attacks and Runes granting a range of magical abilities: heal wounds in battle, cripple foes from a distance or become invisible to enemies. Alongside Clary, Jace, Hodge and other popular characters from the film, players must fight back against supernatural evils in mysterious locations straight from the movie world.

When players sign into The Mortal Instruments: City of Bones using Facebook, they can seamlessly save their progress in the game across their iPhone, iPad, iPod touch and Android™ devices. Cross-platform save functionality allows players to pick up where they left off, no matter which device they are using.

“With The Mortal Instruments: City of Bones, PlayFirst expands into mid-core gameplay that can be enjoyed by all types of mobile game fans and followers of the series,” explains Marco DeMiroz, CEO and president of PlayFirst. “We took inspiration from the film to build story-driven missions and action-filled combat play, making the game a deep, standalone experience.”

The Mortal Instruments: City of Bones follows the success of PlayFirst and Sony Pictures’ first mobile title collaboration, Hotel Transylvania Dash®, which climbed up to the No. 1 spot on the charts last fall.

Set in contemporary New York City, a seemingly ordinary teenager, Clary Fray, discovers she is the descendant of a line of Shadowhunters, a secret cadre of young half-angel warriors locked in an ancient battle to protect our world from demons. After the disappearance of her mother, Clary must join forces with a group of Shadowhunters, who introduce her to a dangerous alternate New York called Downworld, filled with demons, warlocks, vampires, werewolves and other deadly creatures.  Based on the worldwide best-selling book series.

About PlayFirst
At PlayFirst, we believe you can have fun anywhere, any time and at any age. That’s why we’re committed to creating mobile games for everyone to enjoy, including the fan-favorite DASH® series of games like Diner Dash Rush®, Cooking Dash® andSpongeBob Diner Dash®. Whether you’re in line at the store, on your lunch break or lounging at home, you only need a minute to dive into a PlayFirst game—but you’ll find a lifetime of entertainment. PlayFirst games are played by tens of millions of fans worldwide, and we’re just getting started. To find out more about our talented team and our awesome games, please visit www.playfirst.com.
Official Website | Facebook | @PlayFirst

About Screen Gems
Screen Gems is the specialty production division at Sony Pictures Entertainment, which was created to finance and produce moderately budgeted films that are marketed to targeted audiences.  Upcoming releases include “The Mortal Instruments: City of Bones,” “Carrie,” and “Think Like a Man Too.”

About Constantin Film
Constantin Film has been synonymous with quality and success for over 30 years. It has played a crucial role in establishing German cinema both nationally and internationally. Between 1977, when Bernd Eichinger established the company, and 2009, when it was integrated into media conglomerate ConstantinMedien AG, Constantin Film emerged as the most successful independent production and Distribution Company in the German media industry. Constantin Film’s operations include German and English language motion picture theatrical production, theatrical distribution, home entertainment distribution, licensing, and television production.

Constantin Film’s diverse slate includes box office hits and award-winning films alike, ranging from comic book to literary adaptations, historical dramas, action and genre, among them THE NEVERENDING STORY, THE FANTASTIC FOUR film franchise, THE NAME OF THE ROSE, WICKIE THE MIGHTY VIKING, NOWHERE IN AFRICA, DOWNFALL, THE BAADER MEINHOF COMPLEX, POPE JOAN, THE HOUSE OF SPIRITS, and the RESIDENT EVIL film franchise. Upcoming films include the highly anticipated film adaptation of Cassandra Clare’s #1 New York Times bestseller THE MORTALINSTRUMENTS: CITY OF BONES, due out this summer; the CGI 3D animated reboot of TARZAN®, Releasing later this year; as well as LOVE, ROSIE, adapted from Cecelia Ahern’s bestselling novel Where Rainbows End, and the action epic POMPEII, both of which began filming earlier this year.

Assets
Check out the trailer for The Mortal Instruments: City of Bones mobile game on YouTube here. Download the press kit here. 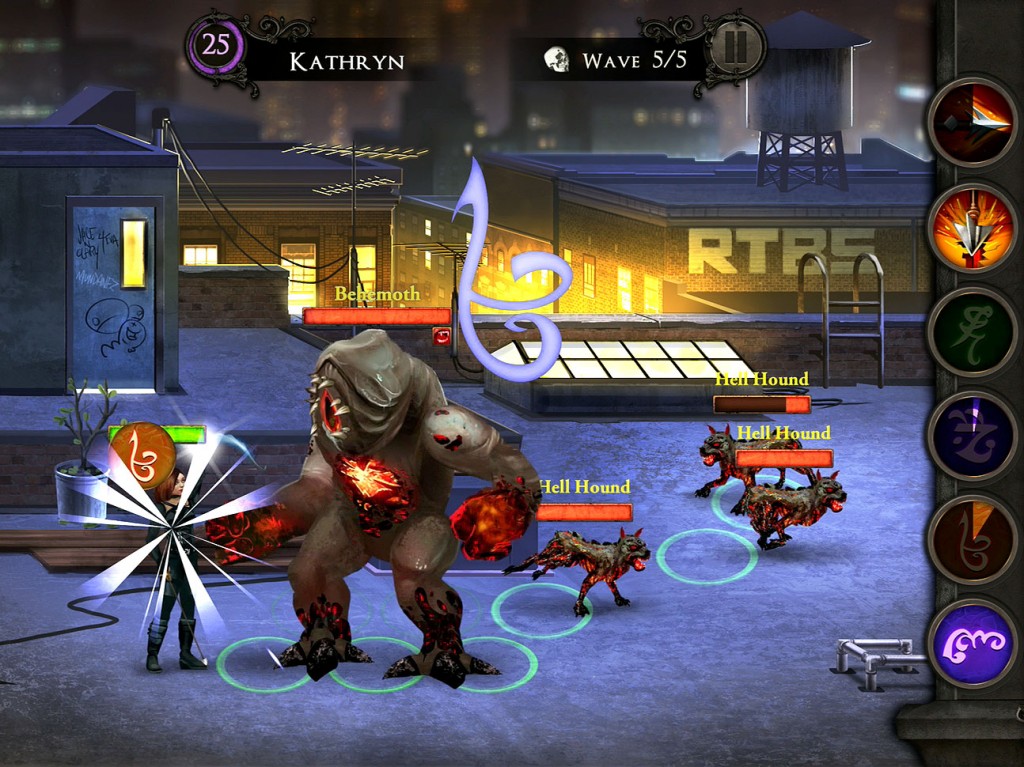