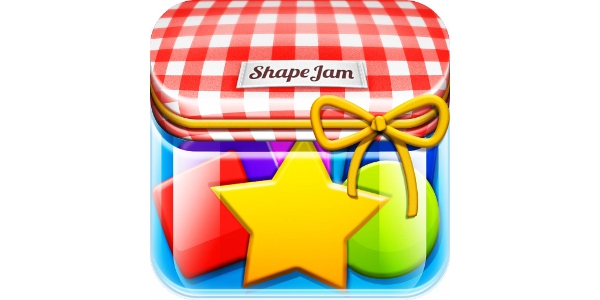 NEW YORK CITY – Oct. 23, 2013 – Jam Labs, Inc., an independent game developer formed by MIT graduates, today announced the upcoming launch of their debut title, Shape Jam. Coming to both iOS and Android platforms as a free download on October 31, 2013, Shape Jam is a competitive puzzle game that challenges players with gameplay deeper and more cerebral than the average “match-3” title. With sleek, minimalist graphics, quick 60-second rounds of play, and the ability to play at any time – even taking turns in asynchronous multiplayer while offline – Shape Jam is a game for casual players who are ready to graduate to something more.

Shape Jam is played by matching tiles; however, to make a match, each of the tiles’ three elements must either all differ or be identical across all three tiles. The game’s simple rule presents a tricky, brain-twisting challenge, requiring players to concentrate on multiple factors while still moving quickly to rack up matches. Shape Jam’s features include:

Shape Jam will be available on the iTunes App Store and Google Play Market as a free download on October 31. A premium version with additional features will also be available for $1.99

To see Shape Jam in action, check out the trailer at http://www.youtube.com/watch?v=PHg_xL3AzpQ. A press kit with assets and more information can be found at http://www.triplepointpr.com/dl/ShapeJam/ShapeJamPressKit.rar

About Jam Labs, Inc.
Jam Labs is a two-man development and consulting team of MIT graduates turned software engineers. Based in New York City and steeped in startup culture, Jam Labs’ founders worked on cloud-based business technology at Yext before striking out on their own. Jam Labs’ first game, Shape Jam, is coming to the App Store and Google Play Market this fall.