OSLO, Norway – FEBRUARY 26, 2014 – Megapop is proud to announce that Trolls vs. Vikings is out now on iOS! This new take on tower defense lets players control a wacky world where humble green-skinned Trolls are taking a stand against the oppressive Vikings and divine intervention from Norse gods. Download Trolls vs. Vikings for free here: https://itunes.apple.com/us/app/id600493768?mt=8

Get trolled in the new launch trailer: http://www.youtube.com/watch?v=oDCtpu-XsDY

Trolls vs. Vikings reimagines the tower defense formula by giving players more hands-on control of their green-skinned heroes, including movable and active units, a dynamic tile system, social features, and epic boss fights against Nordic gods like Thor, Odin and Loki. The game is designed for both casual and hardcore players alike with difficulty modes ranging from Normal to the relentless Hard mode. It truly doubles the game’s content; each mode demands that players employ new tactics to overcome the puzzling challenge, revealing new gameplay strategies at each stage. The game boasts over 30 hours of gameplay with even more content to come in future updates, including multiplayer!

Android, Microsoft Surface, and browser versions are expected to launch later this year.

To learn more about Trolls vs. Vikings:

Founded in 2012 by former Funcom and Artplant developers, Megapop is a new casual gaming startup headquartered in Oslo, Norway. The company is founded by some of Europe’s most recognized game developers and game business managers. More than 100 years of combined experience has resulted in a range of significant awards and a number of international hits. As a company, Megapop has deep passion for games, and their ultimate goal is to create worthy games, where quality gameplay shines brightest of all!
Official Website | Facebook | @MegapopGames 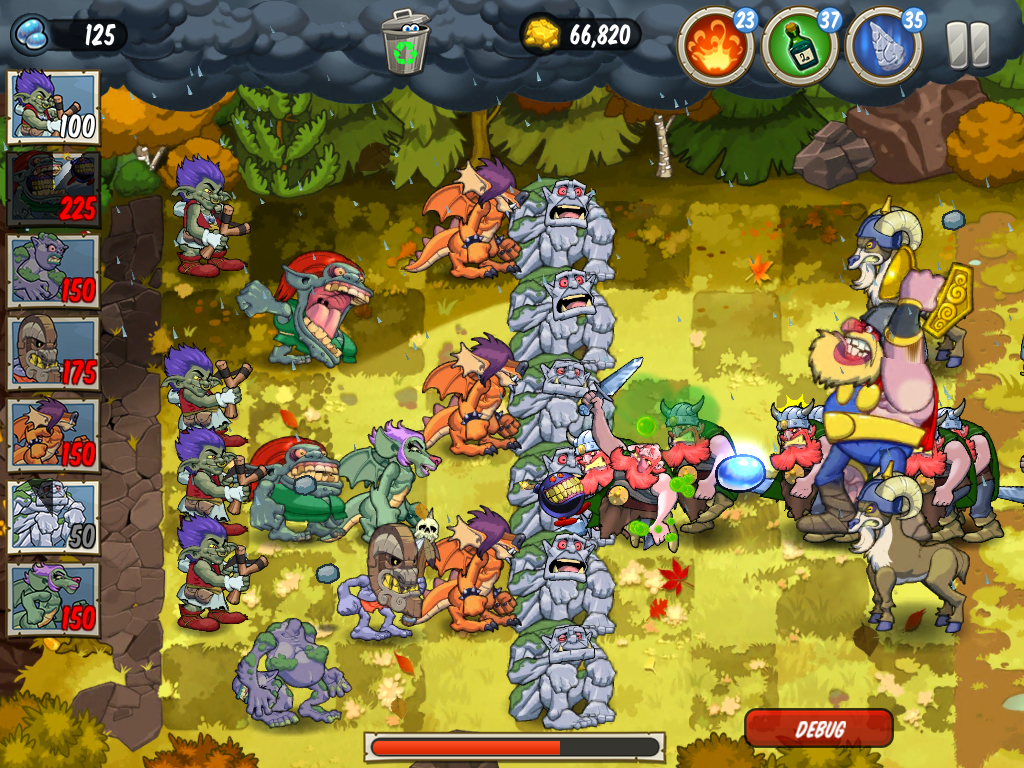