SANTA MONICA, Calif. – Jan. 27, 2014 – The Stranger is back with a vengeance: Oddworld: Stranger’s Wrath has officially launched on OUYA. Ten years after the dark, atmospheric hybrid first-person/third-person shooter first debuted on the original Xbox, the gritty gunslinger is readier than ever to hunt down outlaws – for a price. You can take up his cause for $5.99, but players who buy the game in the first week after launch can pick it up for the discounted rate of $3.99.

Players will take on the role of the Stranger, a hardened bounty hunter who arrives in the dusty wasteland of Western Mudos to find it overrun by belligerent outlaws. Of course, the Stranger knows how to deal with outlaws, and makes quick work of these cantankerous criminals with his trusty crossbow. But the Stranger is crippled by an unknown ailment, its origins shrouded in the mystery of his past. He’ll need to rake in a whole lot of Moolah to afford the surgery he needs, and time is quickly running short.

Oddworld exists in the space between two beloved genres, combining the adrenaline-thumping action of first-person shooters with the dexterity and spatial reasoning of third-person platformers. It also offers a richly variable combat experience: enemies can be approached head-on and guns blazing, or can be stealthily dispatched from behind, depending on a player’s playstyle and mood.

In Oddworld, the Stranger wields a vibrant menagerie of artillery – literally, as his crossbow shoots exclusively living ammunition. Whether you’re firing a Thudslug to bowl over your enemies, or spraying them with a rain of buzzing, bristling Stingbees, the Stranger is ready for whatever perils he’ll face in his journey.

Check out the sharp-shooting, sand-sifting, crook-hunting action for yourself in the launch trailer here: http://youtu.be/CJSykeqTFww.

About Square One Games Inc.

Square One Games develops casual and hardcore games for mobile devices. We are a small independent studio located 1/2 block from the beach in idyllic West Vancouver, British Columbia. Our team members are all battle-hardened veterans with decades of experience working on AAA console and PC titles (including the Need for Speed and FIFA franchises). We’ve worked on games for all major systems in the last 20 years from SNES to PS3, XBOX 360, Wii, iPhone, Android and everything in between. The studio’s list of credited titles includes well known franchises like The Bards Tale, Oddworld, and Wasteland. We’ve worked on more games than we can count, in all genres known to man. We’re back to Square One now, crafting finely tuned and highly entertaining gameplay experiences from our humble seaside workshop (Pacman arcade machine included). 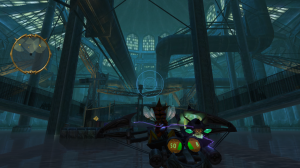 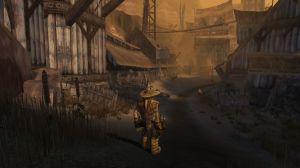