Check out Battle Supremacy: Evolution in action in the launch trailer here.

Battle Supremacy: Evolution places players in a gorgeously utopic future society that resides in towering cities of neon-gleaming spires of glass and steel, but lives in harmony with the lush jungle that surrounds them. When a destructive enemy threatens their borders, players must take up arms at the helm of an incredible transforming vehicle, which can unfold metal wings and take flight as easily as it can glide along the ground.

“The Apple TV was a perfect match for Battle Supremacy: Evolution,” said Andrei Lopata, CEO of Atypical. “The breathtaking vistas of this world truly shine on the big screen, and the game’s visceral, fast-paced combat and turn-on-a-dime flight are perfectly suited to Apple TV’s responsive Siri Remote.”

To find out more about Battle Supremacy: Evolution and Atypical Games, please visit:

Founded by a group of passionate video game developers, Atypical Games is a California-based company with a fresh take on publishing. Bringing the focus back to the player’s experience and the true values of game design, Atypical promises to bring to the public games of the highest quality and great value. Atypical’s developers are the makers of all Sky Gamblers™ titles and are considered the premier maker of combat flight games for mobile devices. 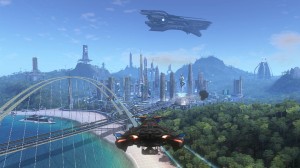 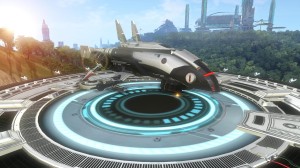