“I’m really excited to be working with Ash, Randis, and the rest of the Grimm Bros team!”, said Jim Buck, CEO of Twitchy Thumbs Entertainment. “A Sony Alumni who has been working on PlayStation platforms since the original Playstation over 20 years ago, I started Twitchy Thumbs Entertainment, Inc. in 2005 and have known Ash and Randis for a very long time. Together we have quite a lineup of new features in store for Dragon Fin Soup this year and are happy to be able to welcome Xbox One, mobile, Mac, Linux and FireTV players as well”.

A word about the delayed updates to PSN

Grimm Bros’ CEO, Ash Monif, says: “We want to apologize again to all our PSN players in the community. We had no intention of leaving you hanging for so long after the initial version of DFS launched, and there has been a lot of confusion, frustration, and false information. It has been a difficult and complicated process to say the least, but we are making headway. We know you are beyond resilient and patient, and we are forever grateful to you all.”

“In addition to the upcoming re-port of DFS:ECE to PSN, we will send all of you who purchased a copy of DFS for PSN a free STEAM or DRM key to hold you over until the update goes live. We know many of you have been waiting to play Dragon Fin Soup and hope this helps quench your RPG appetite. Thanks again for your continued support, and stay tuned for more updates and news coming during PAX East this year, including how to redeem your free STEAM/DRM copy”.

Dragon Fin Soup will be featured by Indie Megabooth at PAX East 2016!

Come visit us at the ‪‎Indie MEGABOOTH at ‪‎PAX East this April 22nd – 24th, where we will be offering a sneak peek of delicious new Dragon Fin Soup: Extra Chunky Edition! featuring fresh unreleased content!

In addition we’ll have our very own Red Robin hosting Survival Mode Tournaments, Raffles, & Trivia prizes, not to mention awesome schwag for sale! (PS. Yes we accept alcohol as both bribes and barter payments :P)

To schedule a meeting, email the team at contact(at)grimm-bros.com.

About the Grimm Bros Team

Grimm Bros, LLC is a 5-person indie team of veteran developers whose only life passion is to create fairy tale inspired RPGs. Our entire team is spread around the world with members located in Philadelphia, Bangkok, Chicago, San Francisco, and London. We all work together online making games from our home offices, pubs, cafes… basically anywhere with a power outlet and wifi.

Their debut title – Dragon Fin Soup – is a controversial yet charming classic roguelike RPG style game which blends together roguelike elements, tactical action, and deeply flawed characters with tales of murder, madness, and a splash of dark humorous libations. 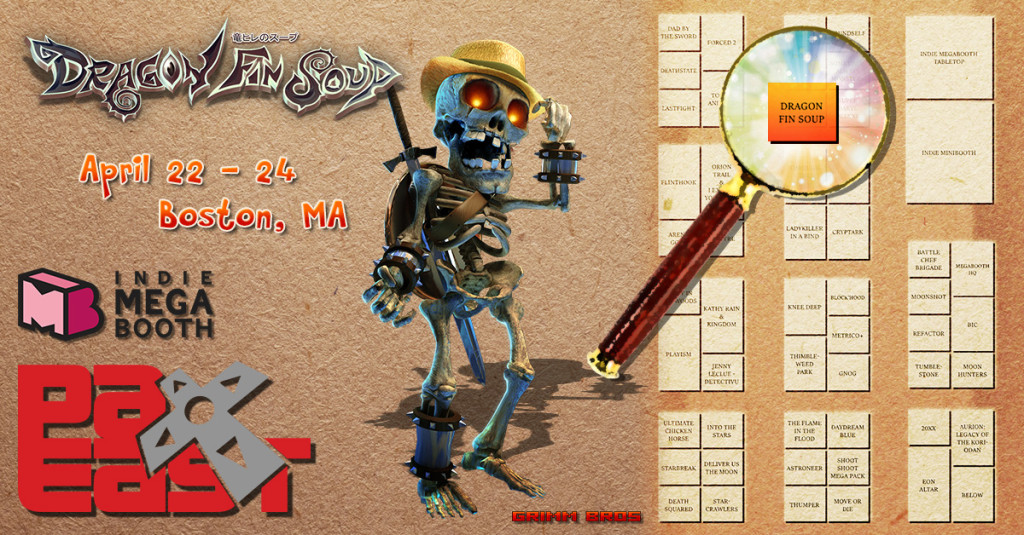 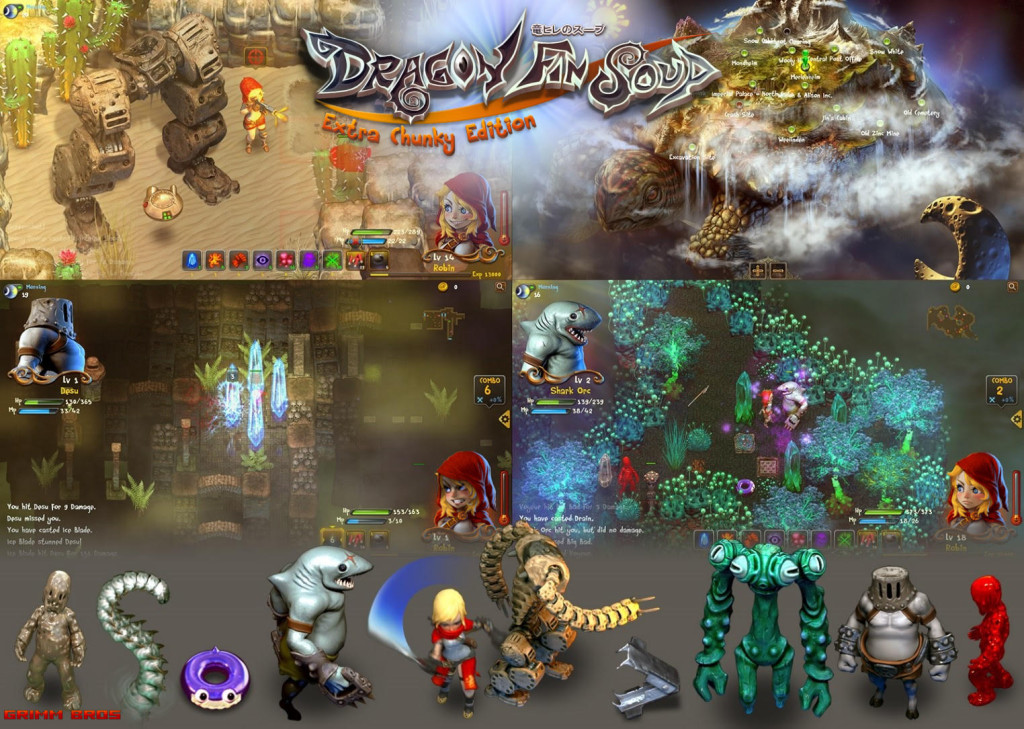