“Bringing Jaipur to the digital realm has been an exciting process, and an opportunity to add new features thanks to the fervent love for the game displayed by Meeple Touch” said Sébastien Pauchon, Jaipur’s original game designer. “Seeing the game come to life under the brushes of French artist Vincent Dutrait is an experience in itself. Teaming up with Asmodee Digital and their experience in the field means that newcomers and existing fans can now experience Jaipur in a new, more accessible format.”

“We are very excited to add this great two-player game to our catalogue, as most of us have owned a copy of the physical game for years,” says  Asmodee Digital.

Jaipur includes a comprehensive interactive tutorial and an all-new, mobile-exclusive campaign mode. Players take on the role of one of the most powerful traders in Jaipur, the capital city of Rajasthan, dueling to demonstrate to the Maharajah that they can earn a greater profit than their competition. At the end of a round, one player receives the Maharajah’s seal of excellence, and the first player to earn two seals of excellence wins the privilege of being invited to the Maharajah’s court!

During each turn, a player can choose to take one card, exchange their cards for other goods, buy the camels needed to transport their wares, or sell at the market. The sooner a player sells and the more they sell of a single good at once, the higher their profit – winning is a question of waiting for the right time to make the big trade. Players can track achievements within the app and use their Asmodee Digital account to sign on. 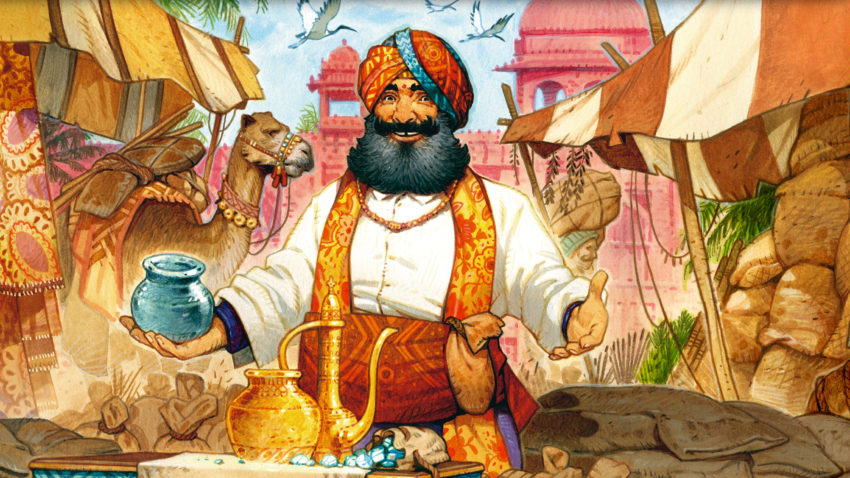 About Asmodee Digital
Asmodee Digital, a fully owned subsidiary of the Asmodee Group, is an international publisher and distributor of digital board games with operations located in Europe, North America, and China. Asmodee Digital manages the creation, design, development, publishing, and marketing of board and card games on leading digital platforms for Asmodee studios as well as for third-party publishers. The current Asmodee Digital catalog includes best-selling digital games such as Ticket to Ride, Splendor, Pandemic, Small World 2, Colt Express, Mysterium, Potion Explosion, and digital versions of many other well-known board games.

About Gameworks
Gameworks is a Swiss-based board game publisher from Vevey, on the shores of Lake Geneva. They have published a dozen games since 2006, their most famous ones being Jaipur and Jamaica. The latter will be extended this Summer by The Crew, an expansion created to celebrate the 10-year anniversary of the game.

About Meeple Touch
Meeple Touch is a Swiss based studio dedicated to developing mobile games. Its mission is to adapt and transform award winning board games through their digital versions. Meeple Touch has already developed the acclaimed Mr Jack Pocket, the free-to-play Tong and Jaipur, one of the top 2-player games in the world.