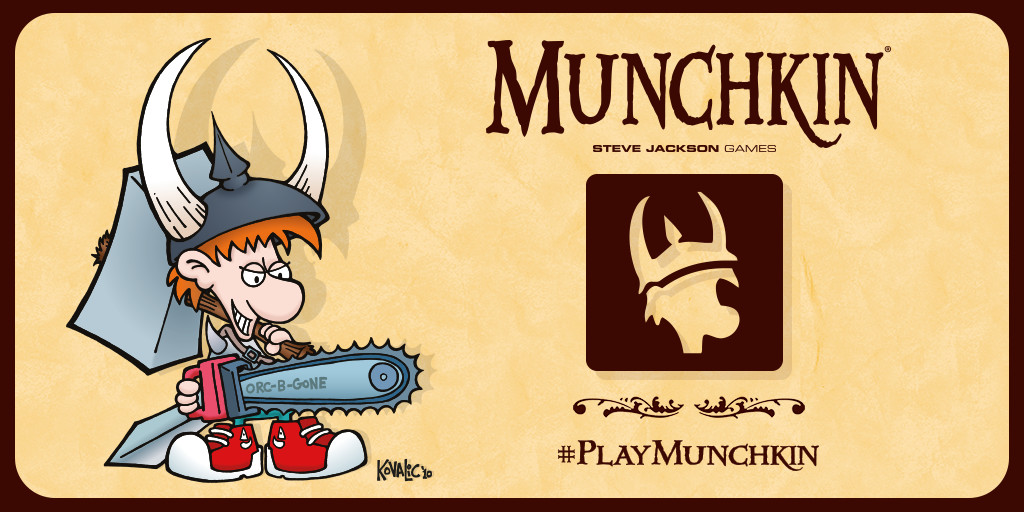 The ultimate dungeon experience coming to digital platforms in 2018

Essen – October 27, 2017 – Asmodee Digital, a leader in digital board game entertainment today announced that the multi-million selling dungeon adventure card game, Munchkin, created and published by Steve Jackson Games Incorporated, will be reimagined for digital platforms, under license. The upcoming digital adaptation will put everything players love about Munchkin at their fingertips in the next year.

Without the standard, long-winded RPG elements, Munchkin is not only fun and fast paced, it’s easily one of the most accessible games of its genre.

“We are thrilled to partner with Asmodee Digital for the first adaptation of Munchkin to digital platforms. Munchkin has become an evergreen game over the years and we believe the time has come to offer fans around the world a truly innovative experience,” says Phil Reed, CEO of Steve Jackson Games.

The program, on behalf of Steve Jackson Games, was brokered by Surge Licensing, Inc.

Steve Jackson Games, based in Austin, Texas, has been publishing games, game books, and magazines since 1980. Its best-selling game is Munchkin, with over eight million copies of the games and supplements in print worldwide. Other top sellers are GURPS (the Generic Universal RolePlaying System), Zombie Dice, and Illuminati. Past hits have included Car Wars and Toon. Steve’s very first game, Ogre – originally published in 1977 – drew almost a million dollars’ worth of Kickstarter support in 2012 for a super-deluxe edition that was released in the fall of 2013. The company news page, the Daily Illuminator, is the oldest continuously running blog on the Internet.

Surge is an IP incubator, which identifies IP and grows brands into multi-platformed entertainment and product licensing programs. Through simultaneous merchandise licensing and entertainment development, Surge nurtures brands while maintaining their core value and enhancement of the fan experience.