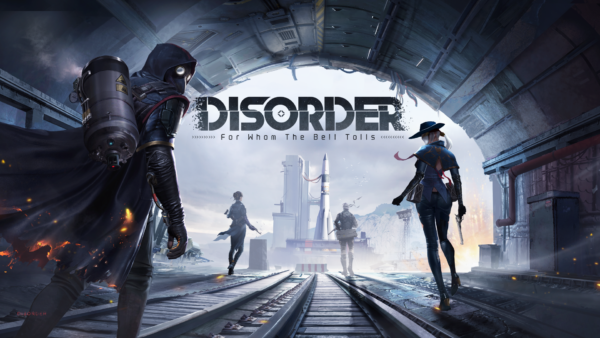 BRISBANE, Calif. – Jun. 21, 2019 – NetEase’s squad-based shooter game, Disorder, recently released a teaser trailer for its Cadaver Unit faction. The video tells the story of the birth of Fire-bringer, a core member of the Cadaver Unit. In Disorder, war has become the new norm around the world. Armed factions are constantly at war with one another over nuclear weapons and money. In previous videos, the Pale Knights, self-proclaimed defenders of justice, were shown fighting to protect human order, while the Ghost Puppets, a group based on the principle of disorder, was seen drifting between factions. Starting from June 27th, players in Australia, New Zealand, Malaysia, Philippines and Indonesia can sign up to be a part of the closed beta.

This trailer contains clues as to why the Pale Knights call the Cadaver Unit a group of “disgraceful traitors”: Fire-bringer, one of their representatives, was himself a high-ranking officer in the Pale Knights before his “rebirth.”

Fire-bringer seems to be the protagonist of the trailer. The trailer introduces his life before his “rebirth” by showing us the shards of his memory. It remains unclear why Fire-bringer, a high-ranking officer, was imprisoned at The Garden of Earthly Delights. And the truth about the powerful nuclear explosion on the island is yet to be revealed. What we do know is that he has an enemy on the island, another prisoner whose body seems to have undergone profound changes. His enemies also include the powerful Pale Knights faction and the mutants. Was he always destined to become one of the Cadaver Unit’s “collected corpses”?

The Cadaver Unit is a faction made up of “collected corpses” and the head of surgery, Plaguedoctor. It seems as if this doctor has her own secret agreement with Fire-bringer. While the members of Ghost Puppet each have their own unique backgrounds, this doctor who can “resurrect the dead” seems to have an even more complex and mysterious past. Under the leadership of these two women, what role will the Cadaver Unit play in the world of Disorder?

As the story progresses, new videos will continue to be released on the official website, revealing the backgrounds of various characters and exposing oppositions between factions. Visit the official website for pre-registration and for the latest Disorder updates.

About NetEase
NetEase Games is the online games division of NetEase, Inc. (NASDAQ: NTES), developing and operating some of China’s most popular PC-client and mobile games. As one of the world’s largest incubators of quality online game content, NetEase Games is dedicated to supporting the growth of innovative studios around the globe and growing an international presence along the way. To complement its self-developed games and world class R&D capabilities, NetEase Games also partners with other industry leaders including Blizzard Entertainment, Mojang AB (a Microsoft subsidiary) and other global game developers to operate some of the most popular international online games in China.