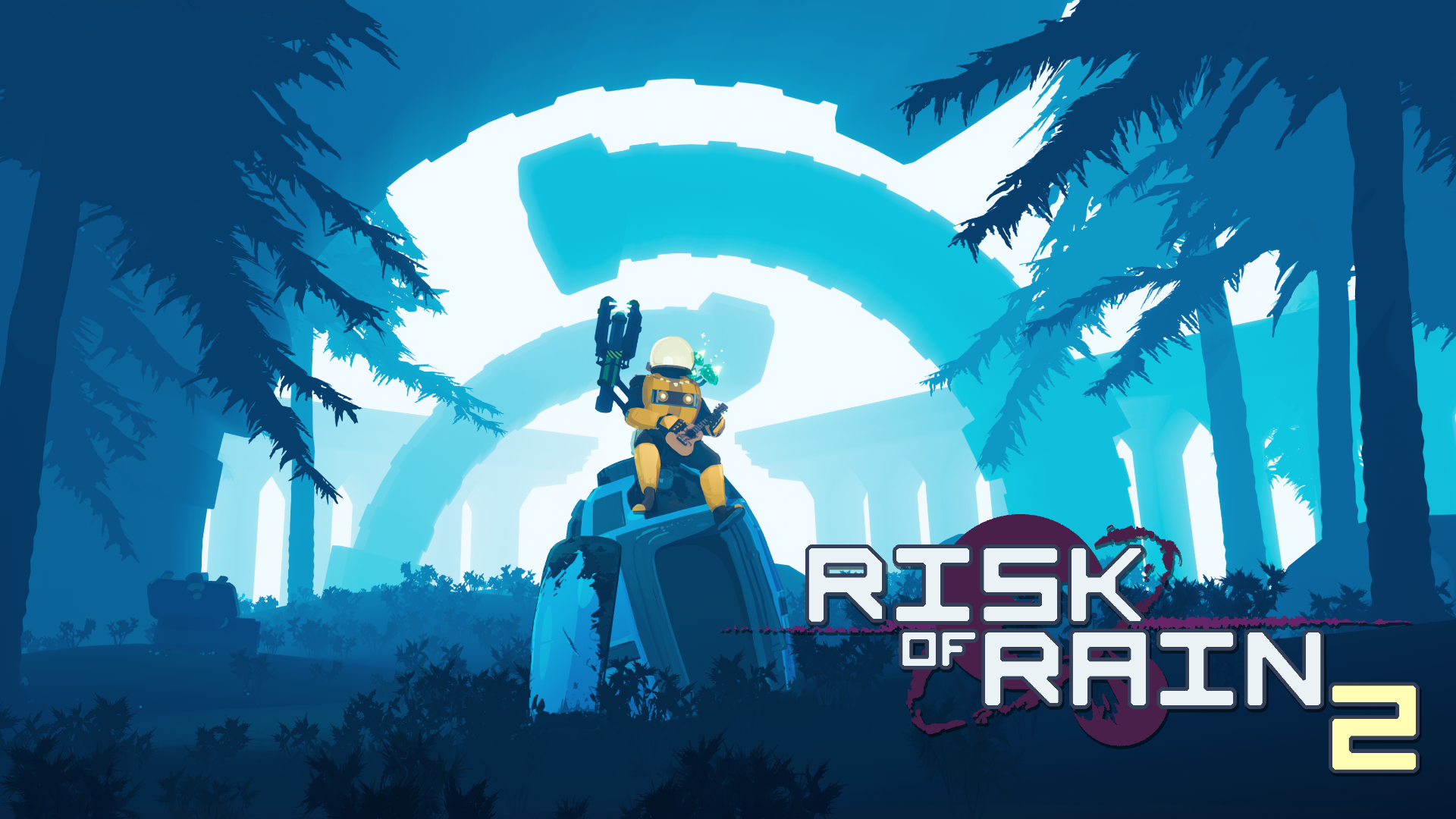 FRISCO, Texas – Aug 30, 2019 – During Gearbox’s Main Theater Show at PAX West today, Hopoo Games and Gearbox Publishing made the surprise announcement that Risk of Rain 2 is now available on Nintendo Switch™, PlayStation®4 and Xbox One for $29.99. Starting today, console players can download Risk of Rain 2 and join the growing community of over one million PC players in the game’s signature co-op chaos from the comfort of their couches.

The classic multiplayer roguelike, Risk of Rain, also returns with a release on Xbox One. With Risk of Rain and Risk of Rain 2, you can play solo, or team up with up to three friends to fight your way through hordes of monsters, unlock new loot, and find a way to escape the planet. Risk of Rain 2 is also currently available on Steam in early access and is slated for a full PC launch in Spring 2020 with a suggested retail price of $29.99 USD. 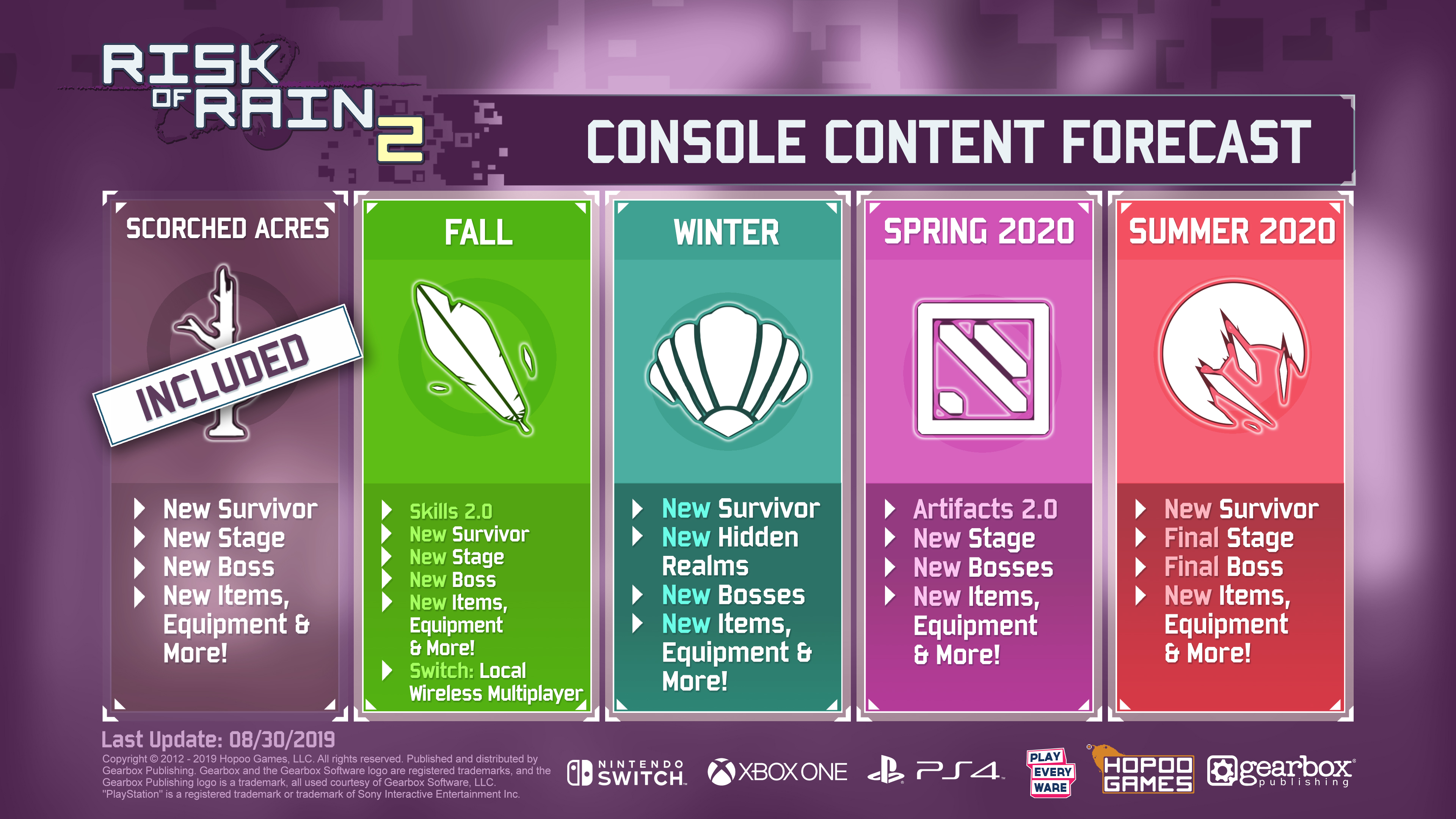 Gearbox Publishing and Hopoo Games worked with PlayEveryWare to port Risk of Rain 2 to the multiple consoles and will continue their partnership for each of the upcoming content updates. Currently, Risk of Rain 2 on consoles includes the Scorched Acres update which offers the Scorched Acres stage, Survivor REX and The Grovetender boss along with more items and equipment. Players can also look forward to a new content update rolling out on consoles every season up through Summer 2020. These updates will include a mix of new Survivors, bosses, stages, items, and many more surprises.

Risk of Rain 2 is available now for Steam Early Access, Xbox One, PlayStation®4, and Nintendo Switch™.

About Hopoo Games
A small team who started out as two students from the University of Washington, Hopoo Games made their mark with the award-winning indie success, Risk of Rain in 2013, followed by Deadbolt in 2016. Now a team of indie veterans, they’ve been hard at work on a hotly anticipated sequel to Risk of Rain featuring 3D graphics and third person shooter mechanics. Learn more at http://hopoogames.com/.

About Gearbox Publishing
Founded in 2016, Gearbox Publishing was established with the goal of helping developers around the world bring their products to market while retaining their unique creative visions. The mission began with the critically-acclaimed Homeworld Remastered Collection for PC, and have since been followed by many partnerships that include Epic’s Fortnite, tinyBuild’s Hello Neighbor, and Compulsion Games’ We Happy Few. Gearbox Publishing continues to remain committed to its mission to entertain the world and become the most developer-friendly publisher in the industry. Learn more at http://www.gearboxpublishing.com.