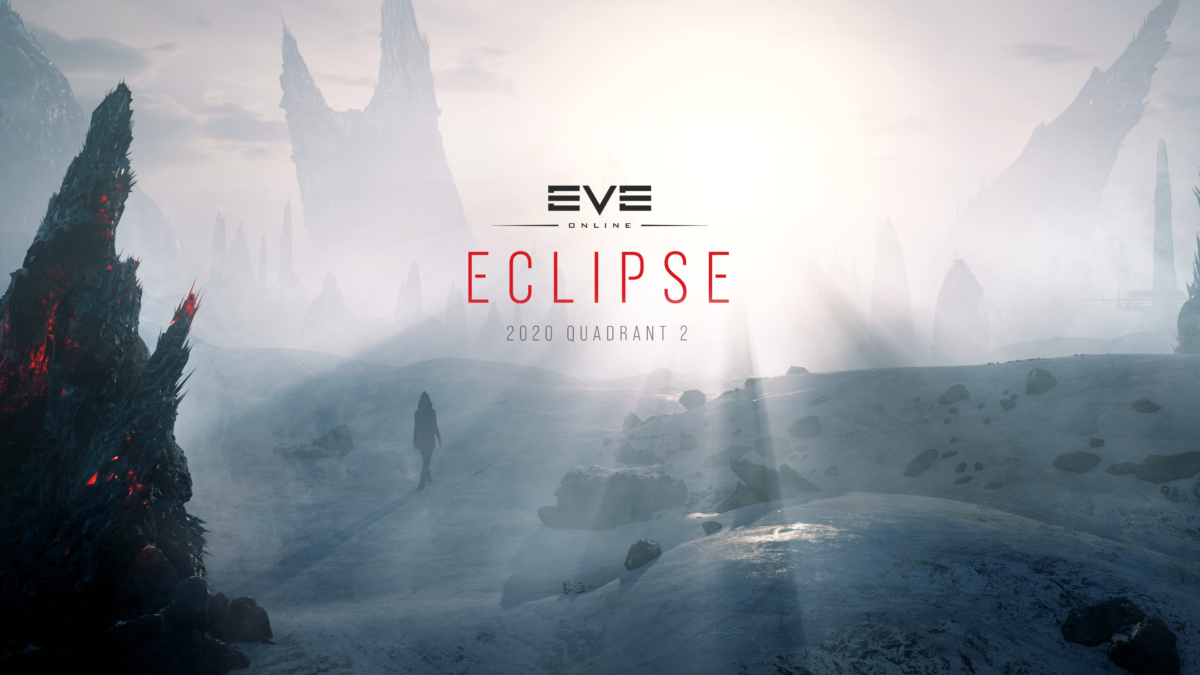 “After a packed and successful Quadrant 1 with Fight or Flight, we are pushing the envelope even further for Quadrant 2 with Eclipse,” said Bergur Finnbogason, EVE Online’s Creative Director. “We’re committed to making exciting changes to New Eden going forward, with events, updates and plenty of surprises that will touch all corners of New Eden!”

Offering a wealth of new rewards and challenges, Eclipse will encompass new live events, celebrations, login campaigns, visual updates, huge balance changes, new and mysterious ships and weapons, as well as the third and final chapter of the Invasion expansion.

Also revealed today is the return to New Eden of The Hunt, starting 6 April. In this limited-time live event, Capsuleers will be tasked with the challenge of hunting down and scanning numerous capsules in order to gain access to special event sites promising amazing rewards and crucial materials. With a focus on smaller ship classes like Frigates and Destroyers, pilots with less experience and fewer skills trained can participate in this event. Furthermore, player pods destroyed during The Hunt will have a chance of dropping their hard-earned implants as loot! Keen eyes should look out for special “Huntmaster” versions of these sites in Caldari Lowsec and Guristas systems.

With EVE celebrating its 17th anniversary in May, Eclipse is only the start of seismic changes hurtling towards the denizens of New Eden. Part 3 of the Triglavian Invasion storyline is set to unfold with players influencing the outcome of this star-spanning conflict. The landscape of New Eden will never be the same again, forcing players to adapt to new and unprecedented challenges.

In addition, CCP is continuing to improve and enhance the early experience of EVE Online for new players, including substantial Quality of Life changes, redesigning UI elements for increased clarity, and updating tutorials to name just a few modifications.

About CCP
CCP is a leading independent game developer that has been praised for its artistry, technology and game design that facilitates emergent behavior, empowering players with compelling means of self-expression. With the launch of EVE Online in May 2003, CCP established itself as a pioneer of cutting edge massively multiplayer games, winning numerous awards and receiving critical acclaim worldwide. Founded in 1997 on the principle of pushing the envelope and breaking new ground on all levels, CCP is on a mission to create virtual worlds more meaningful than real life. CCP is headquartered in Reykjavik, Iceland, and has additional studios in London and Shanghai. For more information, visit www.ccpgames.com.

Media Contact
Journalists seeking information about CCP or its products, wanting to set up interviews or needing further assets should contact media@ccpgames.com.