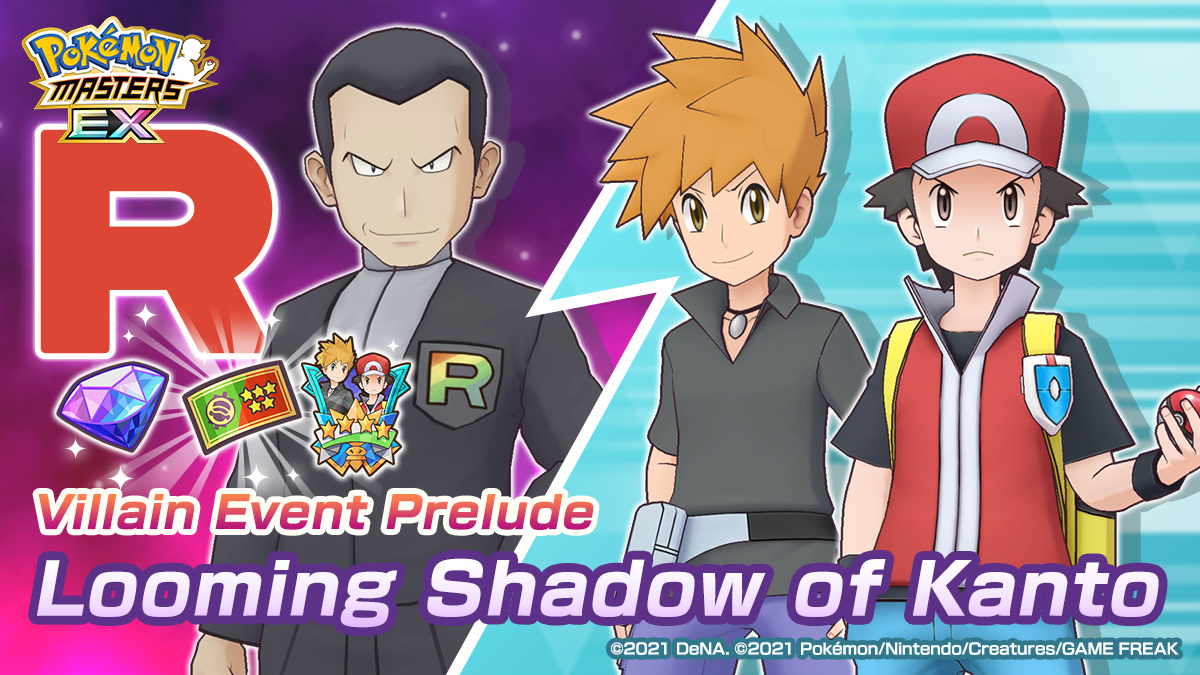 TOKYO—September 30, 2021—DeNA Co., Ltd., in partnership with The Pokémon Company, has announced that a new story arc titled the Villain Arc has been added to the Main Story mode of Pokémon Masters EX. The first chapter of the Villain Arc is called “Kanto” and follows the disappearance of Red and the shenanigans of the notorious Team Rocket on the island of Pasio. Players will search for Red and learn about Team Rocket’s goals. Additional Villain Arc chapters featuring the schemes of other infamous organizations in the Pokémon world will be added to the Main Story in the future.

A new trailer that highlights the Kanto Chapter of the Villain Arc can be found here on the official Pokémon Masters EX YouTube channel: https://www.youtube.com/watch?v=GUFat4F6XVg

The overall story of Pokémon Masters EX takes place on the island of Pasio, where the rules of battle are different and the treasured bond between Trainer and Pokémon is taken to the next level with the concept of “sync pairs”. The narrative components of the Main Story can be played in single player mode while some Main Story-specific battles can be played in co-op mode.