SAN FRANCISCO & LONDON – February 28, 2012 – SEGA® of America, Inc. and SEGA® Europe Ltd. today announced the upcoming digital release of fan-favorite: Jet Set Radio™, the wall-tagging, trend-setting Dreamcast™ classic from 2000. DJ Professor K, Beat, Gum, and all the GGs are taking to the streets in this upgraded HD version of Jet Set Radio, which sees players vying for control of the futuristic Tokyo-to by marking their turf with graffiti tagged across walls, billboards, and rival gang members. The slick gameplay, genre-blending soundtrack and pioneering art style of Jet Set Radio will be coming to Xbox LIVE® Arcade for the Xbox 360® video game and entertainment system from Microsoft, PlayStation®Network, and Windows PC Digital Download this summer.

Jet Set Radio lets players join the GGs, an up-and-coming street gang in the futuristic city of Tokyo-to, fighting for the right to self-expression against an overbearing, corporate-controlled police force. Rolling and leaping through crowded urban environments on magnetically driven inline skates, players take control of gang leader Beat and his growing posse of deviant artists as they steal turf from the local gangs by covering the city with colorful graffiti. Guided by Professor K, DJ for the hottest pirate broadcast in town – “Jet Set Radio” – the GGs will ultimately uncover the sinister plot hatched by the controlling powers of Tokyo-to.

SEGA has also announced an upcoming contest that will let US and UK Jet Set Radio fans share their own love for (digital) graffiti. Eager fans will get a shot at designing eighteen brand new pieces of in-game art that will be seen by players the world over. Winners will receive a prize pack that includes a Rukus from Etón Corporation – the world’s first Bluetooth sound system with solar power – and a number of other wicked rewards.* For contest dates and details on how to participate, visit www.sega.com/jsrcontest.

“Every time we look at our favorite SEGA classics, the fans never fail to ask about Jet Set Radio,” said Haruki Satomi, Senior Vice President of Digital Business at SEGA of America. “The game was unlike anything else when it first came out, and was one of the first games in history to use cel-shading. More importantly, Jet Set Radio is a game that celebrates self-expression, and we’re looking forward to seeing how gamers and artists come together to leave their mark on Tokyo-to.”

About SEGA® of America, Inc.
SEGA® of America, Inc. is the American arm of Tokyo, Japan-based SEGA Corporation, a worldwide leader in interactive entertainment both inside and outside the home. The company develops, publishes and distributes interactive entertainment software products for a variety of hardware platforms including PC, wireless devices, and those manufactured by Nintendo, Microsoft and Sony Computer Entertainment. SEGA’s global website site is located at www.sega.com.

About SEGA® Europe Ltd.
SEGA® Europe Ltd. is the European Distribution arm of Tokyo, Japan-based SEGA® Corporation, and a worldwide leader in interactive entertainment both inside and outside the home. The company develops and distributes interactive entertainment software products for a variety of hardware platforms including PC, wireless devices, and those manufactured by Nintendo, Microsoft and Sony Computer Entertainment Europe. SEGA’s global website site is located at www.sega.com.

Microsoft, Windows, Xbox, Xbox 360, Xbox LIVE, and the Xbox logos are trademarks of the Microsoft group of companies.
“PlayStation” is a registered trademark of Sony Computer Entertainment Inc. 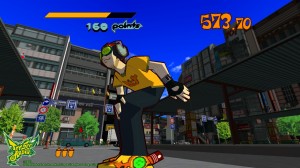