Join the great dragon lords Firean or Azurian as they rage war against Deablo and prevent his malefic plan to dominate the world. Choose from a number of races, classes, and specializations as you embark on a sword-slinging and spell-casting journey that will take players across vast lands and immerse them in a magical world of adventures. Featuring unique gameplay that allows players to not only ride dragons for aerial combat, but raise and evolve their own dragon mount as well, RODE provides dedicated gamers with an action packed and tense experience both on the ground and in the sky.

Jump into the adventure on March 9 for your chance to win a range of great prizes during the Dragon Coin Giveaway. Dragon Coins will be handed out to players each half hour and once a player has amassed 7 coins they can roll the Dragon’s Orb to see if it is their lucky day. Prizes include an Alienware M17 laptop, Sony PS Vitas, graphics card, gift cards, and much more.

For more information, please visit http://rode.netgame.com/ or join in on the adventure here:  http://www.rodeonline.com.

A press kit including Fact Sheet, logos, and screenshots (including a fresh new batch!) can be downloaded at http://www.triplepointpr.com/dl/mgame/RODEpresskit.zip. 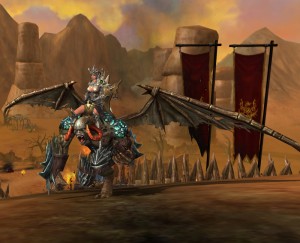 Mgame Corp., the parent company of Mgame USA/Netgame is one of the most prominent video game companies in Korea, with over 50 different games in service on portal site and 19 million registered members, and has been a forerunner in the online-game industry since launching its first online game, Dark Saver, in 2000. The company services all types of games, ranging from Web Board Games, Casual Games, Action Games, Musical Games to MMORPGs. The company has also successfully expanded into the overseas markets of China, Japan, Taiwan, Europe, U.S., and Southeast Asia with titles such as: YulGang, Hero, Knight and Droiyan Online.