Strikefleet Omega puts players in command of the EEF Retribution and her many squadrons of starfighters. Players must fend off advancing waves of vicious alien enemies by tracing paths for their units, while simultaneously managing mining operations and fleet upgrades. With the fate of humanity at stake, Strikefleet Omega brings hardcore to mobile for the ultimate battle for Earth.

About 6waves
6waves is the leading international publisher of gaming applications on the Facebook platform. Through partnerships with top developers, 6waves aims to publish the next generation of social and mobile games to cover every genre, language, and platform. To date, they have over 30 million monthly active players playing 6waves games and applications, a number that continues to grow daily. Some of their most popular games include Ravenwood Fair, Mystery Manor, Spartacus and Resort World.

About Harebrained Schemes
Harebrained Schemes is a small group of wildly talented people, crammed into a closet, making whatever cool thing inspires us next. Lead by serial entrepreneur Jordan Weisman (founder of FASA, Virtual World Entertainment, FASA Interactive, Wizkids, 42 Entertainment, Smith & Tinker, and creator of BattleTech / MechWarrior, Shadowrun, and Crimson Skies), the Harebrained team is a combination of seasoned veterans and fresh talent.  The company’s first mobile game, Crimson Steam Pirates, was published last year by Bungie Aerospace and became iPad “App of the Week”, made Entertainment Weekly’s “MUST List”, Metacritic.com’s “Best iPhone Games of 2011” list, and was one of Apple’s “Benchmark games for 2011”.  The team is also working on the Kickstarter success, Shadowrun Returns. 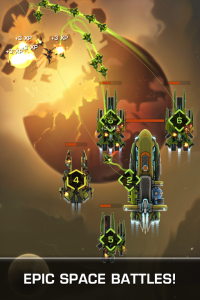