SAN FRANCISCO & LONDON – October 4, 2012 – SEGA® of America Inc. and SEGA® Europe Ltd. today announced the return of the legendary Zaxxon™ franchise in an all-new 3D mobile arcade title, Zaxxon Escape™. Test your piloting skills against Zaxxon’s devious minions and see how far you can fly today for $0.99 (£0.69/€0.79/AUD€0.99) on the iTunes App Store at http://itunes.apple.com/app/id559568792, or on the Android Marketplace at http://play.google.com/store/apps/details?id=com.sega.zaxxonescape!

“Zaxxon represented some unique firsts for SEGA, as well as for the industry. No game before had given such a true sense of real, three-dimensional flight,” said Chris Olson, Vice President of Digital Business at SEGA. “We’ve continued that tradition with beautiful 3D graphics and combined them with easy to pick up controls and hard to put down gameplay. I hope everyone really enjoys the result!”

“Working on Zaxxon Escape has been a lot of fun for the whole team, because you do not often get the chance to create an entirely new chapter in a classic franchise! We are very thankful to SEGA for giving us the chance to expand on one of their earliest hits.” said Chris Scholz, CEO of Free Range Games.

It’s been thirty years since gamers first took on the evil robot Zaxxon, and Zaxxon Escape continues the story of what happened after his defeat. Players must escape a crumbling asteroid base by shooting, swiping, and tilting their spaceship through an ever-changing maze of corridors, guided only by their reflexes and handy powerups like auto-pilot and tractor beams. Find out if you have what it takes to survive the total destruction of Zaxxon.

To watch the Zaxxon Escape launch trailer, head to http://www.youtube.com/watch?v=4IAcMyfqtL0.

For more information about the game,  visit http://www.sega.com/. 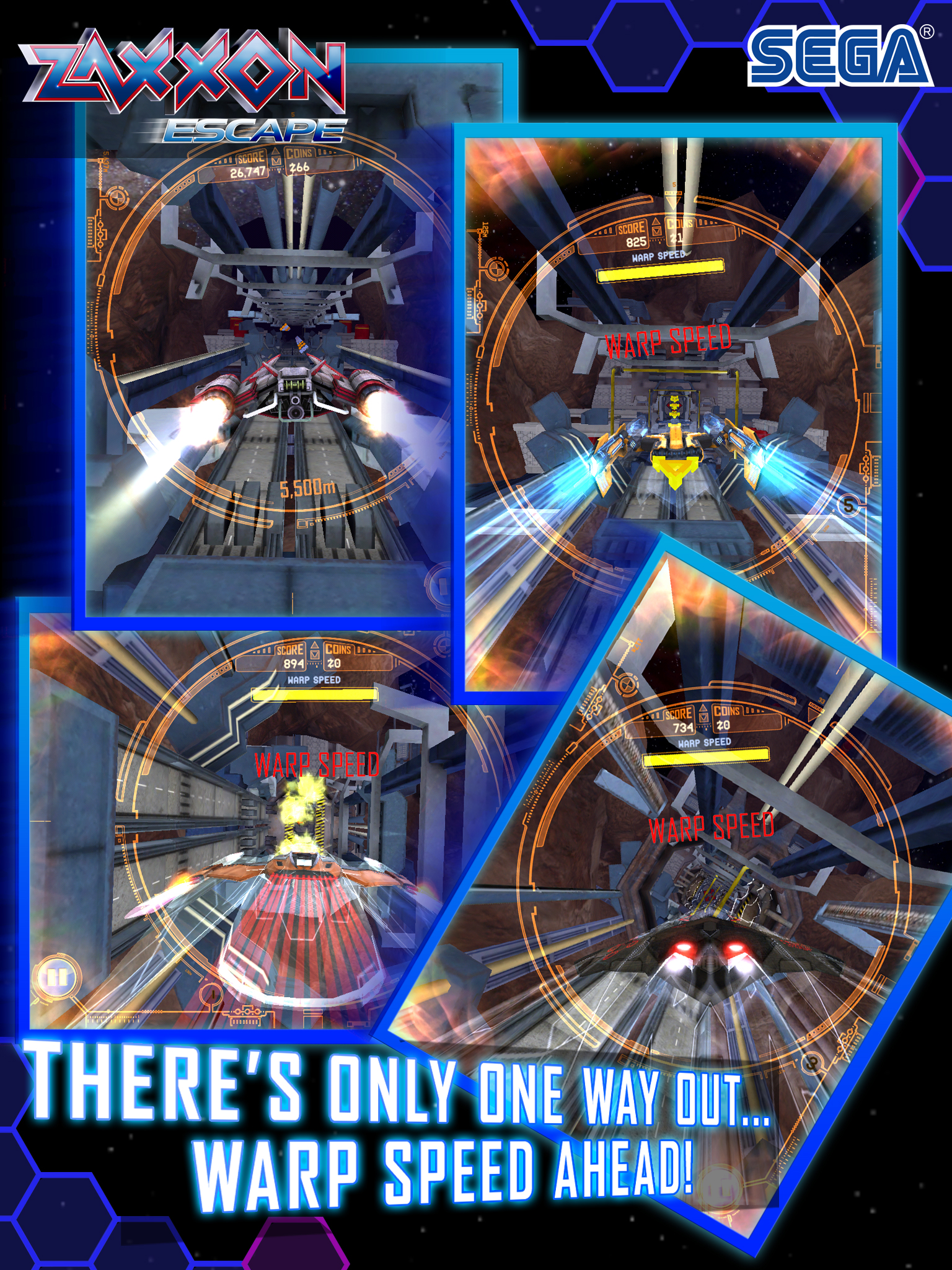