Indie Survival-Horror Game Playable for the First Time Ever at the PAX East Indie MEGABOOTH, March 22-24 in Boston

MONTREAL – March 12,2013 – Red Barrels, an independent game development studio based in Montreal, today announced that its first title – PC survival-horror experience, Outlast – will be playable for the first time as part of the PAX East Indie MEGABOOTH in Boston, March 22-24. Attendees will be given a chance to walk the corridors of Mount Massive Asylum in the shoes of investigative reporter Miles Upshur as he tries to escape the evils that roam the complex’s halls. For a preview of what horrors are in store, check out the teaser trailer here:

END_OF_DOCUMENT_TOKEN_TO_BE_REPLACED

THE END OF CIVILIZATION – January 17, 2013 – Playlore, an independent game development company with uncommon vision, today announced the launch of its first iOS title, Downfall: Clash of Factions. Following humanity’s struggle for survival at the end of civilization, Downfall asks players if they have what it takes to build a powerful army and do battle for resources and power with thousands of other players online. Prove you’re ready to rule by downloading Downfall: Clash of Factions today for free from the App Store at https://itunes.apple.com/us/app/downfall-clash-of-factions/id580144430?mt=8!

END_OF_DOCUMENT_TOKEN_TO_BE_REPLACED

TOKYO – December 18, 2012 – Toylogic today announced the arrival of a major holiday update for Happy Wars on Xbox LIVE® Arcade (XBLA) for the Xbox 360® video game and entertainment system. The new content should bring tidings of joy to a lot of players around the globe, as the studio has also revealed that the free-to-play multiplayer battler has been downloaded more than 1.2 million times worldwide, as shown in the game’s leaderboards!

END_OF_DOCUMENT_TOKEN_TO_BE_REPLACED

JAKARTA – Nov. 27, 2012 – Alegrium, an independent developer of happy mobile games, today announced that ICON POP Quiz is now available to download for free on all Android devices. ICON POP players must name movies, TV shows, and famous faces using visual clues inspired by each answer, either by using their own smarts or with the help of some handy powerups. Prove your pop culture prowess today by downloading ICON POP Quiz from the Google Play Store at play.google.com/store/apps/details?id=com.alegrium.iconpopquiz!

END_OF_DOCUMENT_TOKEN_TO_BE_REPLACED

Pea-Themed, Pun-Packed Ornaments and Holiday Cards Available for Support and Purchase on Kickstarter

HARRISBURG, Pa. – November 12, 2012 –Gotta Pea, a fresh start-up entertainment brand with a (literally) green and eco-friendly message, has taken the wrapping off of some new uniquely pea-riffic holiday items just in time for last-minute shopping. A first look at their hand-sculpted and personalized ‘Pea in a Can’ ornaments and quirky greeting cards can be found on Gotta Pea’s “Happea Holidays!” Kickstarter page at www.kickstarter.com/projects/gottapea/gotta-pea-happea-holidays. 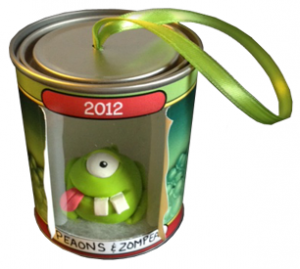 END_OF_DOCUMENT_TOKEN_TO_BE_REPLACED

The footage, sent by an anonymous source, was accompanied by a message from the investigative reporter who captured the video, Miles Upshur. His note has been published in its entirety below, and the footage itself can be viewed here:

END_OF_DOCUMENT_TOKEN_TO_BE_REPLACED

SAN FRANCISCO & LONDON – Oct. 24, 2012 –  SEGA®of America Inc. and SEGA®Europe Ltd. are thrilled to announce that downloadable content for Hell Yeah! Wrath of the Dead Rabbit™!  is now available in North America and Europe for Xbox LIVE® Arcade for the Xbox 360® video game and entertainment system from Microsoft, PlayStation®Network, and PC Digital Download.

END_OF_DOCUMENT_TOKEN_TO_BE_REPLACED

MONTREAL & MOUNT MASSIVE, COLORADO – October 17,2012 – In the remote mountains of Colorado, horrors wait inside Mount Massive Asylum. A long-abandoned home for the mentally ill, recently re-opened by the “research and charity” branch of the transnational Murkoff Corporation, has been operating in strict secrecy… until now.

Acting on a tip from an inside source, independent journalist Miles Upshur breaks into the facility, and what he discovers walks a terrifying line being science and religion, nature and something else entirely. Once inside, his only hope of escape lies with the terrible truth at the heart of Mount Massive.