LOS ANGELES – Oct. 16, 2012 – Today Atari, one of the world’s most recognized publishers and producers of interactive entertainment, has released RollerCoaster Tycoon® 3D for the Nintendo 3DS™ portable game console. The new game, which brings the hit RollerCoaster Tycoon franchise to a new generation on handheld gaming devices, is now headed to stores everywhere. Gamers who have been holding their breath during the long ascent can now experience the thrills of designing and managing their own theme park, and riding their own customized rollercoasters in first-person 3D. The addictive blend of simulation and creativity in Chris Sawyer’s original RollerCoaster Tycoon and its sequels will be available at retail shortly for $29.99.

Developed by n-Space, RollerCoaster Tycoon 3D recaptures the classic gameplay of the RollerCoaster Tycoon games that have delighted gamers since 1999, while tailoring the fun for the 3DS through an intuitive touch-screen interface and portable game sessions. Just as players will be challenged to craft an enjoyable experience for their in-game customers, the look and feel of RollerCoaster Tycoon 3D has been designed to use the system’s features for smooth gameplay, including 3D graphics, park exploration via gyro sensors, and coaster-sharing abilities via StreetPass™.

“RollerCoaster Tycoon has a very rich history, one that has entertained fans worldwide for over a decade,” said Jim Wilson, CEO, Atari. “We’re pleased to be working with n-Space and expanding the franchise to even more gamers on new portable platforms.”

About n-Space, Inc.
n-Space, Inc. is an award-winning, independent video game developer based in Orlando, Fla. Founded in 1994, n-Space has worked with the industry’s largest publishers to craft immersive and entertaining games set in original worlds and based on many of the world’s most recognizable franchises. For more information about our products and our team, visit www.n-space.com. 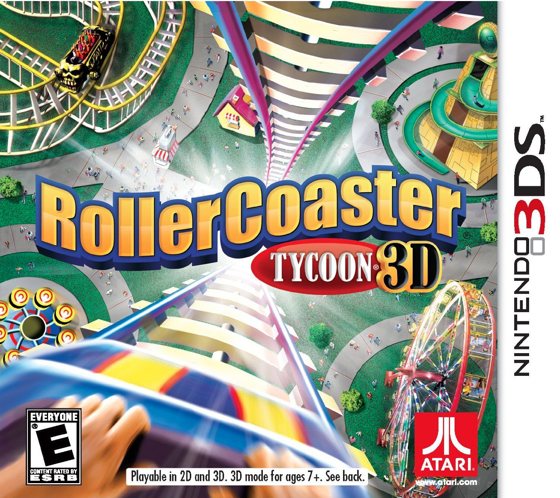