GILBERT, Ariz. – June 20, 2013 – Little Box’s Monsters Invade: Oz has officially taken over the iTunes App Store! Winner of GDC’s Best in Play 2013, Monsters Invade: Oz lets players explore L. Frank Baum’s famous Land of Oz to discover, battle, and capture monsters that will aid them in their adventure to stop the Wicked Witch. From the creator of Geared (#1 Ranked Game), and composer of Scribblenauts™, Monsters Invade: Oz is available for free on your iPhone/iPad/iPod Touch today: https://itunes.apple.com/us/app/monsters-invade-oz/id607204560?ls=1&mt=8

Adventurers hop on the yellow brick road and travel through six unique worlds to defeat the Wicked Witch. Along their journey, they will discover, battle, and capture over 100 adorably unique monsters.  Use expert fighting skills to gain new attacks, level up, evolve, complete quests, and more.  Easy to learn gesture-based controls provide an enjoyable touch-based RPG experience in a completely original hand drawn world.

“The responses we received during GDC were amazing,” said Bryan Mitchell, developer at Little Box, and creator of Geared®, and Geared 2. “It’s been a long road, but we’re excited to finally deliver one of the most anticipated mobile game of the year to millions of players.”

Bryan’s previous games have garnered over 18 million users on the iTunes App Store alone, and he ranks as one of the few who has obtained a number one spot in the iTunes store.  All together, the team at Little Box has released five apps that made their way into the top 10, three of those achieving a #1 spot. 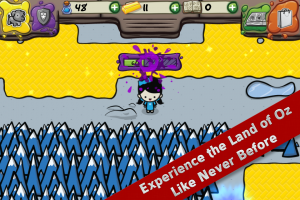 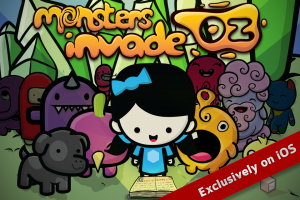