Engage in 12 battles that will test your skills in pirate wit and strategy to see who is the scurviest of them all! Twenty unique towers are yours to command. Blow ships out of water and “voodoo” enemies to smithereens. Use special heroes to support you from the skies, or unleash the mighty Kraken to consume your helpless adversaries whole!

What are you waiting for? Set sail for your pirate adventure today, exclusively on iOS devices. Download here for $3.99: https://itunes.apple.com/us/app/pirate-legends-td/id626884809?mt=8 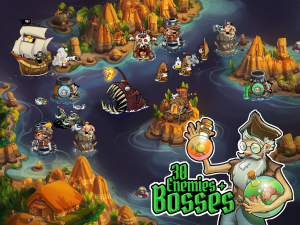 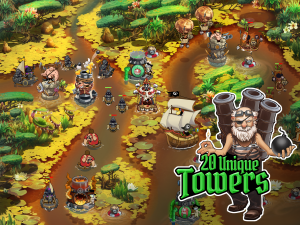