Oakland, Calif. and Singapore – October 15, 2014 – Livescribe (www.livescribe.com) and Fluid Touch (www.fluidtouch.biz) announced today that Noteshelf now allows people to write naturally with their Livescribe 3 smartpen and see their notes instantly appear in the popular note-taking app. Once in Noteshelf people can make their notes even more useful with a wide variety of tools in the app. Noteshelf is the latest app to leverage Livescribe’s mobile SDK to incorporate native handwriting support.

“We’re bringing our smartpen technology to more apps and services where intuitive handwriting can help people capture their thoughts and ideas,” said Gilles Bouchard, CEO of Livescribe. “Combining the Livescribe 3 with the Noteshelf app provides people with a new way to capture notes, drawings and ideas with ink on paper, so they can get the most out of their important information.”

With the Livescribe 3 smartpen, a Livescribe notebook, and Noteshelf, users can create notes, documents, and doodles naturally with ink on paper, and continue working on them on their iPad. Users can enrich their notes by highlighting and marking content as well. Customers can even assign certain notebooks to send off-line notes into Noteshelf once they reconnect to the Noteshelf app.

“The iPad is a great tool for annotating, editing and enhancing notes with Noteshelf,” said Rama Krishna of Fluid Touch. “The Livescribe 3 smartpen makes Noteshelf and the iPad even more useful by enabling people to bridge their handwritten notes with their digital devices.”

To get started, customers should update their copy of Noteshelf to version 9.0, then go into the Noteshelf Store while connected to the Internet, and select the free Livescribe Sync Pack to add support for their Livescribe 3 smartpen. Once installed, customers tap the smartpen icon to add their handwriting to Noteshelf.

The Livescribe 3 smartpen is an elegantly designed writing solution that bridges both physical and digital note-taking by making handwritten notes more useful and actionable on an iOS device. The company’s mobile SDK is available to select developers and Livescribe welcomes developers to apply for access to the SDK by emailing developer(at)livescribe.com.

To download Noteshelf for $5.99, visit the App Store at: https://itunes.apple.com/us/app/noteshelf-take-notes-sketch/id392188745?mt=8. For more information on Noteshelf and Fluid Touch, please visit www.noteshelf.net and www.fluidtouch.biz.

Livescribe brings notes, words and ideas to life. Livescribe smartpens make it easy to connect paper and pen to the digital world and fundamentally change the way people capture, access and share what they write, draw and hear. Livescribe’s family of smartpens includes the Echo smartpen, the Sky wifi smartpen and the Livescribe 3 smartpen.

Fluid Touch is a small passionate team of developers, designers and marketers that has built stunning applications for Apple iPad. Fluid Touch was officially founded in 2009 and have been enjoying continued success on the App Store with its two products, Noteshelf and Daily Notes. A fun-loving, spirited group, Fluid Touch thrives on challenges and loves shiny and new things; specifically the latest and newest gadgets. 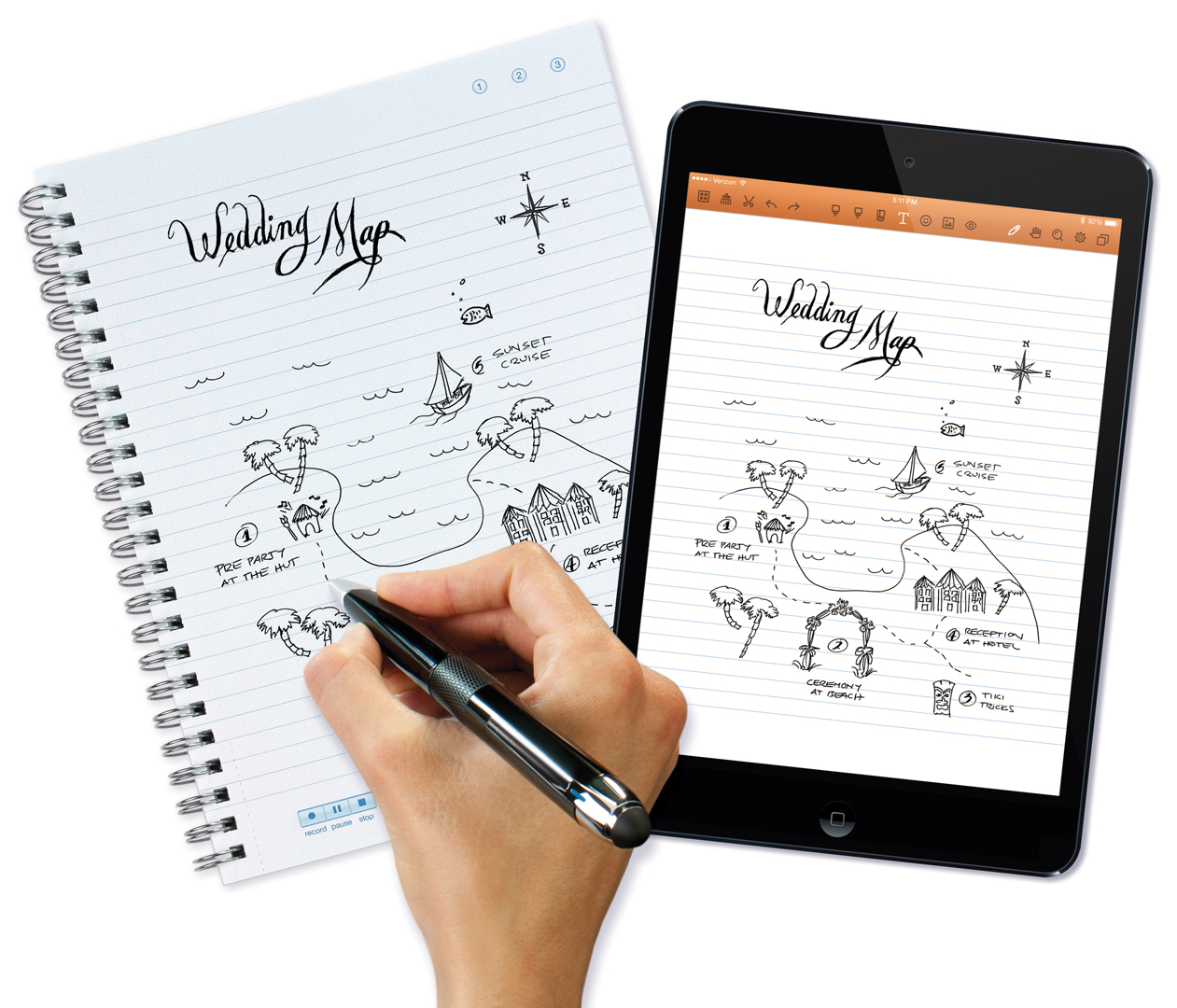