Enter the Temple with Bruce Lee, Now a Playable Character in the Mobile Classic

RALEIGH, N.C. — February 12, 2015 — Imangi Studios, the developers behind the mega-hit endless runner, Temple Run, and Bruce Lee, LLC, wholly owned and operated by Shannon Lee, the daughter of genre-defying martial artist and film star Bruce Lee, today announced the introduction of Bruce Lee as a playable character in Temple Run 2. Players can harness Bruce Lee’s swift and agile athleticism to blast by obstacles, earn points, and escape the frightening Demon Monkey! Widely recognized as the man who brought martial arts to the global stage, Bruce Lee is known for films such as The Way of the Dragon and Enter the Dragon, and as the creator of the groundbreaking martial art of Jeet Kune Do.

Players around the world can run as Bruce Lee, and will receive encouragement via excerpts from his inspiring quotes.

“As one of the most talented martial artists of all time, we think that Bruce Lee is a perfect fit for the Temple Run franchise,” said Keith Shepherd, co-founder of Imangi Studios. “In addition to his speed and agility, we also celebrate his philosophies with words of wisdom when players need it most.”

“I’m very excited to have my father become part of the Temple Run family. It’s apropos the character will launch in 2015, which just happens to be his 75th birthday year!” said Shannon Lee, CEO of Bruce Lee, LLC. “Not only is this a great and fun way to celebrate my father’s birthday, but I’m grateful that my father’s legacy will continue to live on for fans of all ages via our partnership with Imangi.” 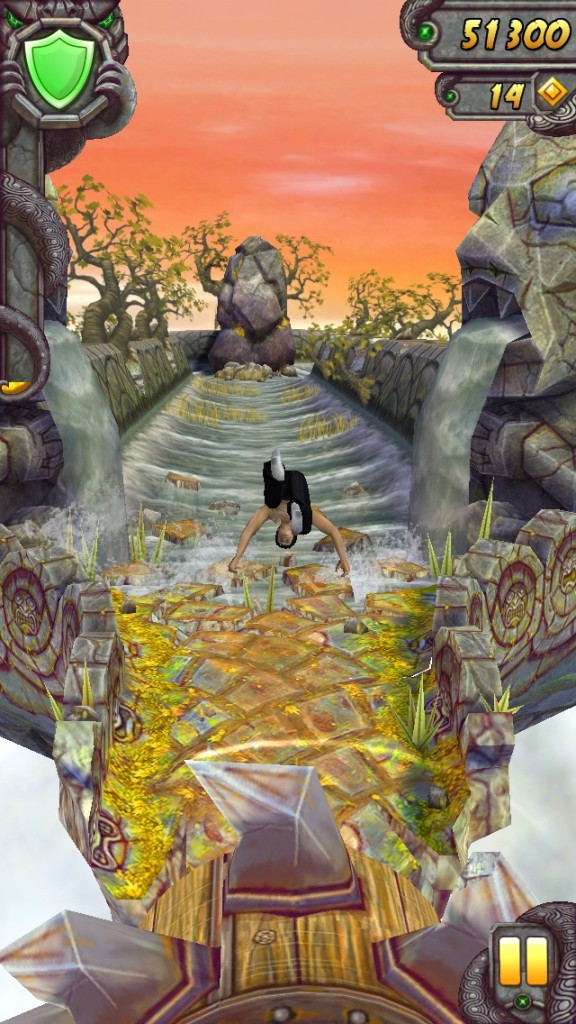 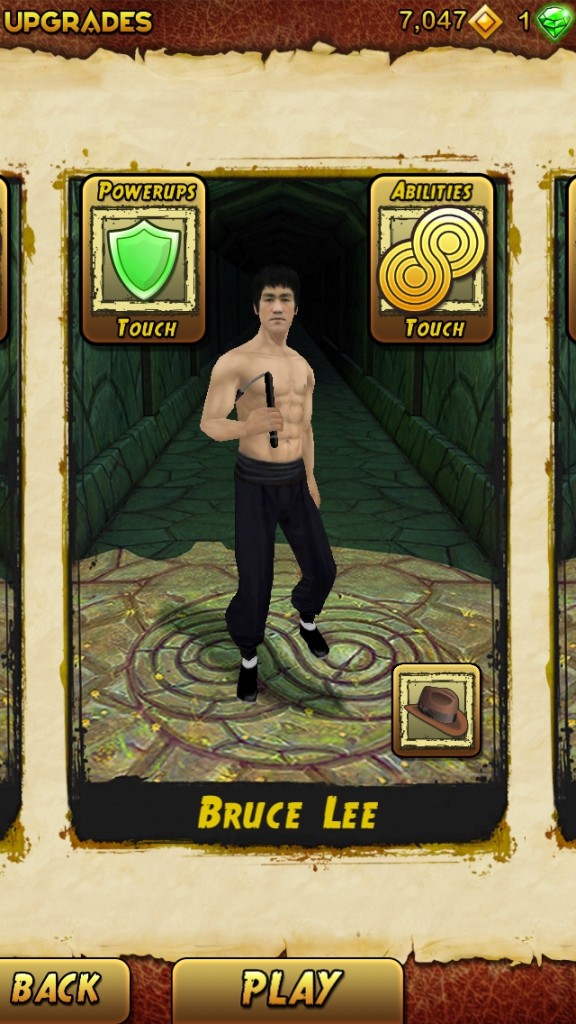 Imangi Studios was founded in 2008 by husband-and-wife team Keith Shepherd and Natalia Luckyanova with the goal of creating small fun games for everyone to enjoy. What started as a dream job for the couple has evolved into a successful business, with Keith and Natalia now working with a team of other talented game creators. In June 2014, Imangi announced that its mega-hit Temple Run series had amassed over a billion downloads, defining it as one of the most popular games in history. The Temple Run franchise has expanded to create Temple Run: Brave and Temple Run: Oz, as well as over 30 global licensees from apparel to publishing.

BRUCE LEE LLC is a global licensing company with the exclusive rights to license international icon Bruce Lee. Bruce Lee LLC is a subsidiary of Bruce Lee Enterprises, the exclusive owner of all commercial merchandising, allied rights and marks relating to the use of Bruce Lee’s name, image and attributes worldwide. Bruce Lee, LLC aims to work with select, like-minded partners to create content, products and opportunities that honor, embody and uphold Bruce Lee as the source of motivation and inspiration that he is for people the world over.