MONTREAL – Aug. 20, 2015 – Intergalactic combat has never been so fowl: Conflicks is available now on Steam Early Access. The latest title from Artifice Studio, the Montreal-based developer team that brought you Sang-Froid: Tales of Werewolves, Conflicks aims to unite the thoughtful complexity of real-time strategy (RTS) games with the intuitive accessibility of physics-based games. The game is available now on Steam Early Access for $19.99, and in the name of revolutionary comradery, for a limited time after launch Conflicks will be buy-one, get-one-free!

Conflicks poses the eternal question, what would have happened to humanity if Leonardo Da Vinci had transmuted egg yolks into infinitely-powerful metamatter in the 16th century? (The answer, of course, is the often-glorious, always-comedic astro-political conflicts and reality-bending space battles of Conflicks). Players flick to control spaceships from the military fleet of their chosen faction, each with its own unique movement and special powers, in an attempt to seize power over the galaxy, to maintain control, or simply to gain basic rights.

“When building the Conflicks universe, we wanted to take an absurd framework – steampunk deep-space Renaissance swashbucklers exploiting poultry for power – and play it completely straight,” said Yan Pepin, creative director at Artifice Studio. “The result is a politically complex, grounded world that feels believable and that calls into question a lot of the issues we struggle with today: can technology truly improve our lives? Does power always corrupt? And how do chickens feel about it?”

At launch, Conflicks will include an extensive and narratively cohesive single-player 21-mission campaign, in addition to friendly and competitive multiplayer. Community-minded players can take up arms alongside their comrades of arms to fight for a common cause; lone wolf types can fight alone in fierce free-for-all match-ups.

To get a taste of the gloriously absurdist world of Conflicks, check out the launch trailer here.

You can purchase Conflicks and get another copy for free on Steam today for $19.99.

Located on Montreal’s south shore, Artifice Studio is an independent studio specialized in the creation of original videogames. Our focus is clearly on gameplay innovation and immersive universes. Our first game project, Sang-Froid – Tales of Werewolves, was released on Steam on March 2013 and was critically acclaimed. We’re currently working on our second title, Conflicks: Revolutionary Space Battles. 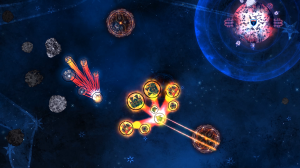 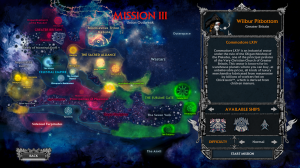