CAMBRIDGE, Mass. – December 16, 2015 – VirZOOM, Inc. today announced that its innovative VirZOOM virtual reality controller and five exciting VR games are now available for preorder at www.virzoom.com. Users power avatars thousands of miles on the ground and through the air by pedaling an exercise bike based controller that delivers a fun and challenging workout. VirZOOM is used with PlayStation VR, Oculus Rift, and HTC Vive VR platforms. VirZOOM solves the problem of locomotion in virtual worlds and can be pre-ordered today on the VirZOOM website and will ship in the first half of 2016.

VirZOOM CEO Eric Janszen watched several iterations of VR and decided that the current VR technology generation is the real deal. “We have the mobile computing revolution to thank for the advancement of key VR components like high resolution screens and accelerometers, and powerful CPUs and GPUs to drive VR displays,” Janszen said. “Commercially viable VR has finally arrived, and the Unity game engine makes it possible for a small AAA development team to create a range of creative and compelling VR games.”

“VirZOOM creates immersive VR games powered by the user. The company’s innovative VR game platform solves four critical issues that have thus far strained the typical consumer VR experience: VR locomotion discomfort, unintuitive VR controllers, safety when wearing a VR headset, and the consumer’s in-world incarnation (avatar),” said Co-founder and CTO Eric Malafeew. “The VirZOOM team has created a unique VR game platform that turns the stationary exercise bike experience inside out. Rather than distracting you with a 2D screen experience, we harness the intense immersive power of VR to make you move so you get a workout without feeling like you’re working out at all.”

To solve these problems, VirZOOM’s system integrates sensors that measure pedaling speed. The faster the player pedals, the faster they go in the virtual game. By translating full-body control of your avatar in the real world into real-time control of your virtual body in the virtual world, you experience a complete VR experience devoid of the motion sickness problems that many consumers experience in VR. The company developed entirely new, intuitive game controllers that allow players to navigate VirZOOM’s multi-dimension environments with almost no learning curve. Finally, sitting safely atop a stationary exercise bike eliminates the risks of colliding with objects around you that you cannot see because your field of vision is obscured by your VR headset.

The small, light-weight, portable and storable VirZOOM VR controller will be sold for $249.95, with the first 300 units available for early access pre-order at a discounted $199.95 price. This includes the VZ Controller, access to an ever-growing and evolving portfolio of VirZOOM-developed games starting with three-to-five core games, and a one-month subscription to VirZOOM Plus. VirZOOM Plus includes online multiplayer functionality, tracking of fitness data including heart rate, calories burned, distance covered, and more, and access to 3rd-party games in the future when these are added to the system on a regular basis. The VirZOOM Plus subscription starts at $9.95 per month.

Founded in 2015 by entrepreneur and investor Eric Janszen and former Chief Architect at Harmonix Eric Malafeew, VirZOOM has created the world’s first VR game controller powered by you. VirZOOM is ideal for gamers, families, and anyone looking to take their workout to enjoy the world’s best VR game experience and get a workout in the bargain. Core gamers will find that the controller solves many of the locomotion problems in VR, while parents will find that it gets the kids off the couch and physically engaged with video games like never before.

A press kit with images can be downloaded here. A launch trailer is also available at https://www.youtube.com/watch?v=7KpE5O6Q6ss. 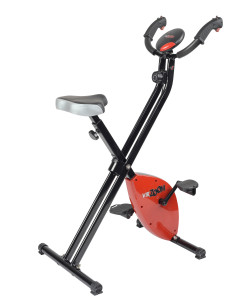 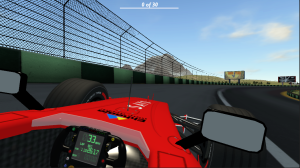