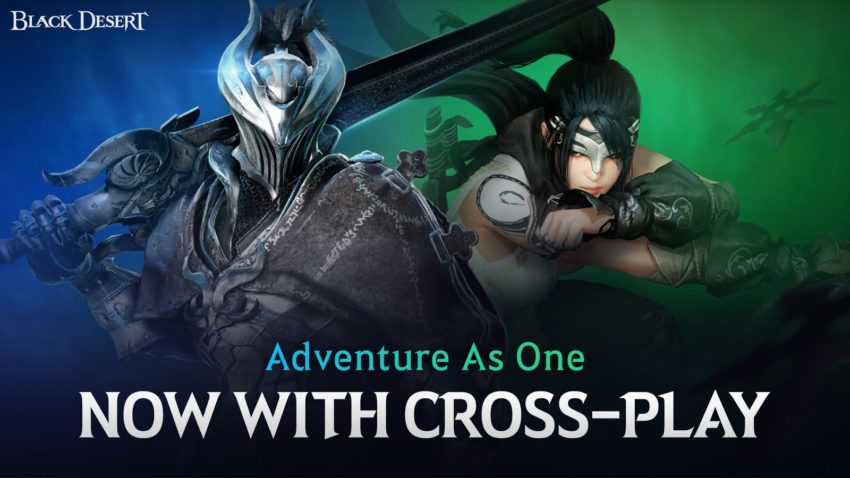 New Update Achieves Parity Between PlayStation 4 and Xbox One Content

Players will now have the option to join cross-play or platform-exclusive servers. Adventurers can look forward to taking part in Conquest and Node Wars, which will take place on cross-play servers for each region starting Sunday, March 8. To celebrate the addition of cross-play support, Black Desert will have an in-game event for new and returning users.

The Archer character class and Kamasylvia region have also been added to Black Desert on PlayStation 4 with the cross-play update, achieving parity with Xbox One.

To celebrate the addition of cross-play support, Black Desert will have an in-game event for new and returning Adventurers, which allows them to acquire the Cliff and Awakening weapon boxes through completing special quests. These weapons are incredibly powerful, but can also be exchanged for gold bars! Adventurers can get special rewards, such as Vlak’s Cry and Memory Fragments, by finding treasure chests located in the sea. Adventurers can also look forward to a host of other events to celebrate the newly added cross-play feature!

View the PlayStation 4 press kit and the Xbox One press kit here.

Black Desert is an open-world action MMORPG with cutting-edge visuals and a skill-based combat system that redefines the genre. Black Desert has the most developed character customization system of any game that is currently on the market, allowing users to become their true selves with unique avatars. The MMO is known for its intuitive controls, beautifully designed world and extensive lore, which has successfully launched in over 150 countries and 12 languages to more than 30 million registered users.