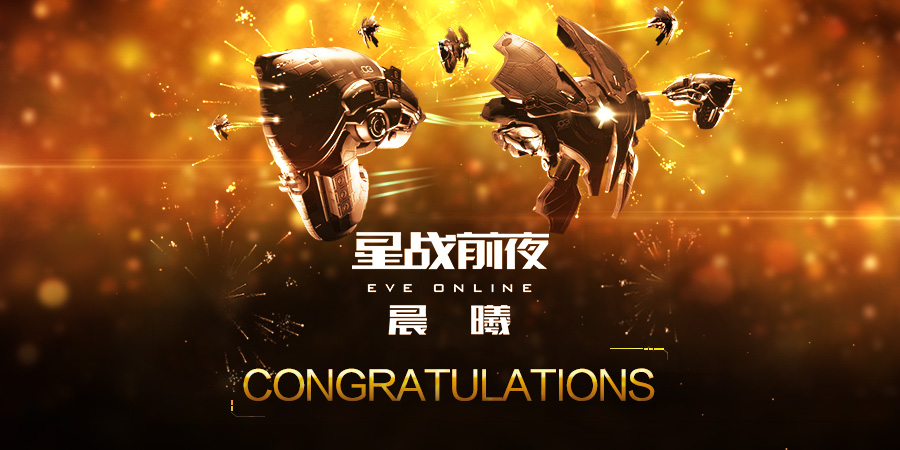 March 12, 2020 – Reykjavík, Iceland – CCP Games, the Icelandic creators of the in-depth and uniquely player-driven spacefaring MMO game EVE Online, are pleased to announce that EVE Online has been authorized to operate in the People’s Republic of China, in partnership with publisher and distributor NetEase Games.

For over three decades, EVE Online has brought people together from all over the world into the vast universe of New Eden. Available in China since 2006 and gaining numerous players through its distinctive graphical style and innovative gameplay, EVE Online will soon be open to millions of new and returning Chinese capsuleers taking flight to chart their path forward across the stars.

EVE Online will launch in China soon, with the development teams at NetEase Games and CCP Games currently making final adjustments and optimisations to the game before it goes into Open Beta.

“We are very happy to start the next chapter of our journey with EVE Online in China,” said CCP Games CEO Hilmar V. Pétursson. “It started when we visited ChinaJoy in 2005, showing our game to Chinese gamers for the first time. Since the initial release of EVE Online in China in May 2006 we have been energized by the passion and dedication that Chinese players have shown, inspiring us to embrace all the great developments we have seen both in Chinese science-fiction and Chinese science reality.”

“While China is the biggest nation in the world and Iceland is one of the smallest nations in the world, we have met kindreds spirits and made friends throughout our decades together,” Hilmar continued. “It’s with great pride and honor that, together with our friends at NetEase, we bring our spaceship adventure game to the biggest gaming market in the world – the best version of EVE Online we have ever delivered!”

“All of us in Iceland have been following the journey of CCP Games and EVE Online since CCP Games’ foundation here in Reykjavík in 1997″, said Þórdís Kolbrún R. Gylfadóttir, Iceland’s Minister of Industry and Innovation. “We are excited to follow this next chapter in EVE’s long history and I want to congratulate CCP Games and NetEase. Partnerships like this one are very important in fostering innovation and sustainable economic growth.”

About CCP Games
CCP Games is a leading independent video game developer that has been praised for its artistry, technology and game design that facilitates emergent behavior, empowering players with compelling means of self-expression. With the launch of EVE Online in May 2003, CCP Ga,es established itself as a pioneer of cutting edge massively multiplayer games, winning numerous awards and receiving critical acclaim worldwide. Founded in 1997 on the principle of pushing the envelope and breaking new ground on all levels, CCP Games is on a mission to create virtual worlds more meaningful than real life. CCP Games is headquartered in Reykjavik, Iceland, and has additional studios in London and Shanghai. For more information, visit www.ccpgames.com.

Media Contact
Journalists seeking information about CCP Games or its products, wanting to set up interviews or needing further assets should contact media@ccpgames.com.