NEW YORK – Nov. 28, 2012 – Developer PlayPlus today announced the launch of Cantasia on Facebook, a new kid-friendly social gaming hub. Cantasia is based on the Canimals characters from Voozclub, a popular series in South Korea and throughout Asia. Players interact with Canimals and customize their Cantasia City while completing quests and playing a variety of online games. Cantasia will initially feature one mini-game embedded in the platform, Canimals Match 3, with other mini-games to be subsequently released. A mobile version of Canimals Match 3 will be released in December, available exclusively from Samsung Apps for the first three weeks after launch. Have fun with friends and family by checking out Cantasia, available online at the following link: apps.facebook.com/Cantasia.

Cantasia puts players into the world of Canimals, small loveable creatures with a penchant for mischief and fun. The world is made up of special buildings which players interact with, like “Canstagram,” a building that lets you share screenshots from the game, and “Canimal Signage,” a marquee that displays the game’s leaderboards.  Gamers can acquire additional buildings and points by playing match 3 mini-games, with other game types like bubble buster and solitaire coming soon. Match 3 will initially feature solo play, pitting players’ scores against others around the world. A “versus” multiplayer, to be released soon, will pair gamers up against friends via social networks. Gamers can also acquire new buildings through the Cantasia shop, earning currency or purchasing currency packs.  All game activity is recorded with Cantasia achievements, letting players track their progress as they grow in the Canimals world.

Cantasia’s launch on Facebook marks the first time the brand has been brought to the US. Canimals animated characters are licensed in over 35 countries and distributed in over 25 countries. Canimals currently holds the number one spot in the broadcast animation market in Taiwan. Creator Voozclub has previously released 18 apps around the world, including Talking Oz, which hit #1 in the US App Store in the entertainment category and received hundreds of thousands of downloads on Google Play.

Be sure to check out the new gameplay trailer for Cantasia here: http://www.youtube.com/watch?v=5DfozFJ0XeE&feature=plcp

About PlayPlus
Playplus, founded in 2010, is a leading online game developer and publisher and creates online social games and mobile games. For social games, the company has created Soul Crashⓒ, a unique battle-action RPG, and Cantasia© Playplus also developed games for mobile, including Canimals Dozer and TD and Cantasia.

About VOOZ Co., Ltd.
VOOZ Co., Ltd. is an independent character development company that creates and manages characters in markets worldwide. In 2000, with the creation of PUCCA, VOOZ started expanding into Asia-Pacific and Europe across a variety of merchandising and multi-media platforms. 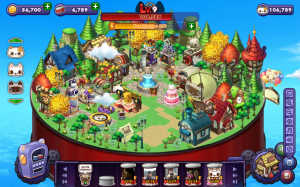 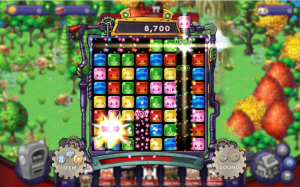