SANTA MONICA, Calif. – June 5, 2014 – OUYA and Pixowl, Inc. today announced that The Sandbox, a game that gives players the power to build their own world pixel by pixel, will be available on OUYA this summer for free with in-game purchases. Originally launched in May of 2012 for iOS and Android, The Sandbox has been downloaded 10 million times, with over 1.5 million players building – and destroying – worlds every month.

In The Sandbox, players take on the role of an apprentice god given a world of his or her own for the first time. Combining materials that range from simple dirt and rock to abstract concepts like void, players can create living environments, complex machinery, pixel art, chiptune music, advanced contraptions and more before destroying it all at will. Players can explore hundreds of pre-built campaign levels ranging from the dawn of man to a robot apocalypse, or jump into free-play mode to tinker with physics and create as they wish. 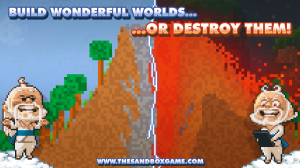 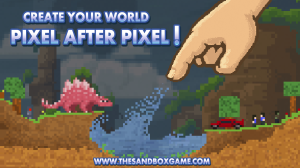 With the success of its four iOS games The Sandbox, Greedy Grub, Doodle Grub and Safari Party, Pixowl has already established itself as a leader in casual mobile games.