An all-new Chariot trailer is now available for download, which features new environments and characters. The developer diary, a behind-the-scenes look at Chariot’s development, is also available.

In Chariot, players navigate stunning, varied environments as they guide the chariot through physics-based mechanics such as pushing, pulling, riding and swinging. With increasingly complex puzzles and baddies lurking in every dark corner, only the bravest and most strategic players will make it through their quest. Alone or with a friend, Chariot offers players of all ages a journey fit for a King.

Chariot will be available first on PlayStation 4 and Xbox One for $14.99, and will launch on Wii U and Steam later this fall. For more information, please visit the official website at chariotgame.com. 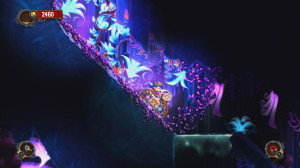 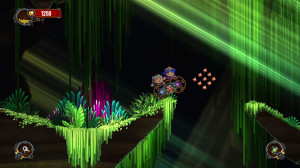 About Frima Studio
Frima is Canada’s largest independently-owned game developer. Since 2003, the company has been developing first-rate digital products for world-renowned clients like Electronic Arts, Activision, Warner Brothers, Konami and Ubisoft. Frima’s services include video game development, animation and visual effects, as well as the concept art development of Volta. With over 350 artists and programmers in-house, Frima produces high-caliber products with both artistic and technical appeal. Frima Originals is a separate division within Frima that is dedicated to developing and self-publishing original indie titles, such as Nun Attack, Zombie Tycoon, A Space Shooter and the upcoming couch co-op platformer Chariot.