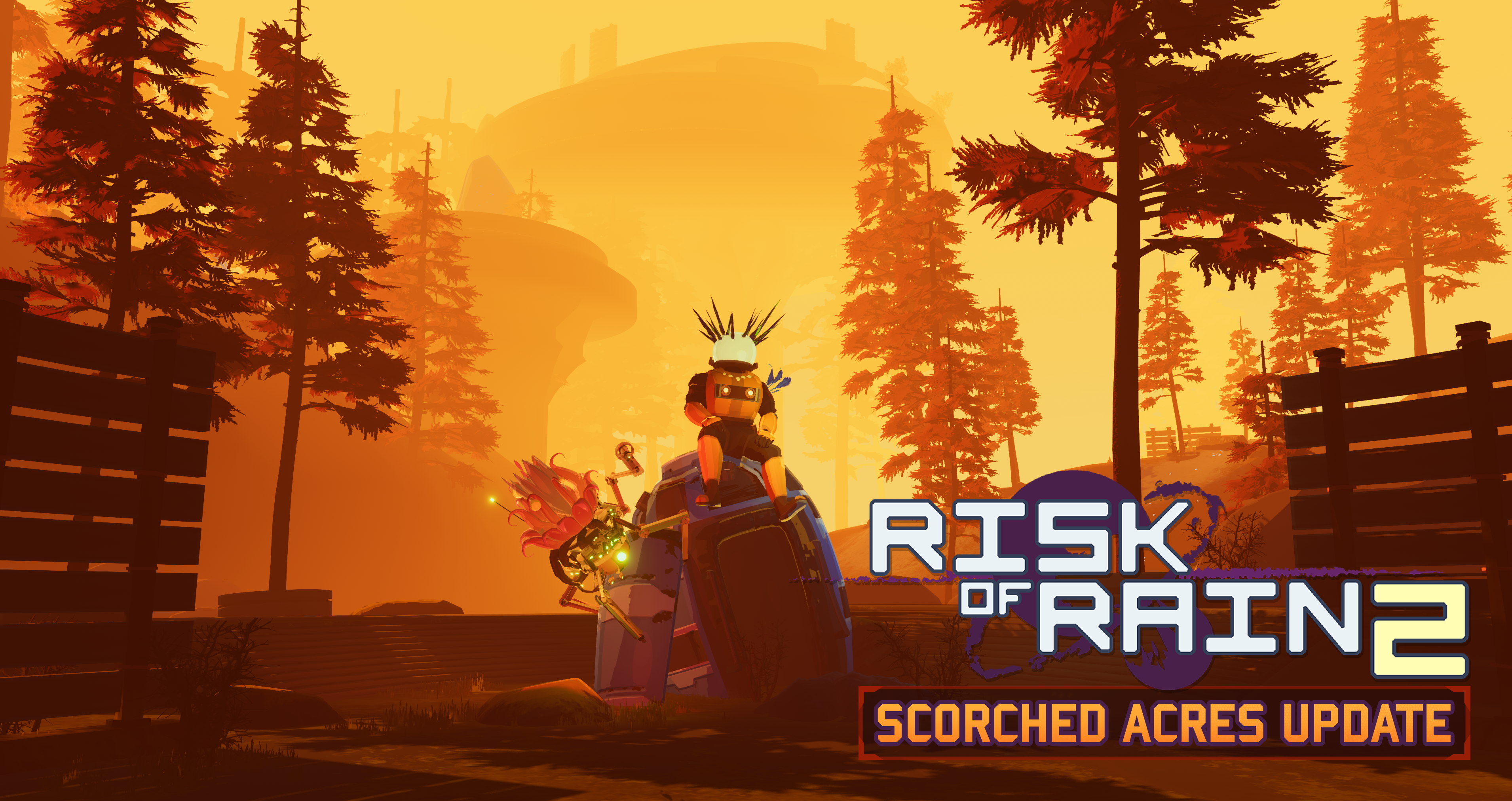 Assume control of a new Survivor, challenge The Grovetender in a new stage, and power creep even harder with more items

FRISCO, Texas – June 25, 2019 – Hopoo Games and Gearbox Publishing today released the first content update for Risk of Rain 2 called the Scorched Acres. The Scorched Acres Update brings content completely new to the Risk of Rain universe free for all owners of Risk of Rain 2 on Steam Early Access including a new stage, Survivor and boss along with more items, equipment and quality of life changes based on feedback from the community. Players can assume control of a new Survivor, REX, a symbiotic life form between plant and robot who deals big damage through the cost of its health.

Check out the trailer here: https://youtu.be/iTcysGn0t94

A breakdown of REX’s abilities and new game content are below:

Press and media can find assets for Risk of Rain 2 here.

The sequel to the beloved indie hit, Risk of Rain 2 brings 3D graphics and third-person shooter mechanics to the franchise while holding true to its roguelike roots. Risk of Rain 2 is available on Steam in early access for $19.99 and slated to launch in spring 2020. Download it today on Steam and learn more on Twitter, Facebook and the Hopoo Games DevBlog.

A small team who started out as two students from the University of Washington, Hopoo Games made their mark with the award-winning indie success, Risk of Rain in 2013, followed by Deadbolt in 2016. Now a team of indie veterans, they’ve been hard at work on a hotly anticipated sequel to Risk of Rain featuring 3D graphics and third person shooter mechanics. Learn more at https://hopooo.tumblr.com/.

Founded in 2016, Gearbox Publishing was established with the goal of helping developers around the world bring their products to market while retaining their unique creative visions. The mission began with the critically-acclaimed Homeworld Remastered Collection for PC, and have since been followed by many partnerships that include Epic’s Fortnite, tinyBuild’s Hello Neighbor ̧ and Compulsion Games’ We Happy Few. Gearbox Publishing continues to remain committed to its mission to entertain the world and become the most developer-friendly publisher in the industry. Learn more at http://www.gearboxpublishing.com.