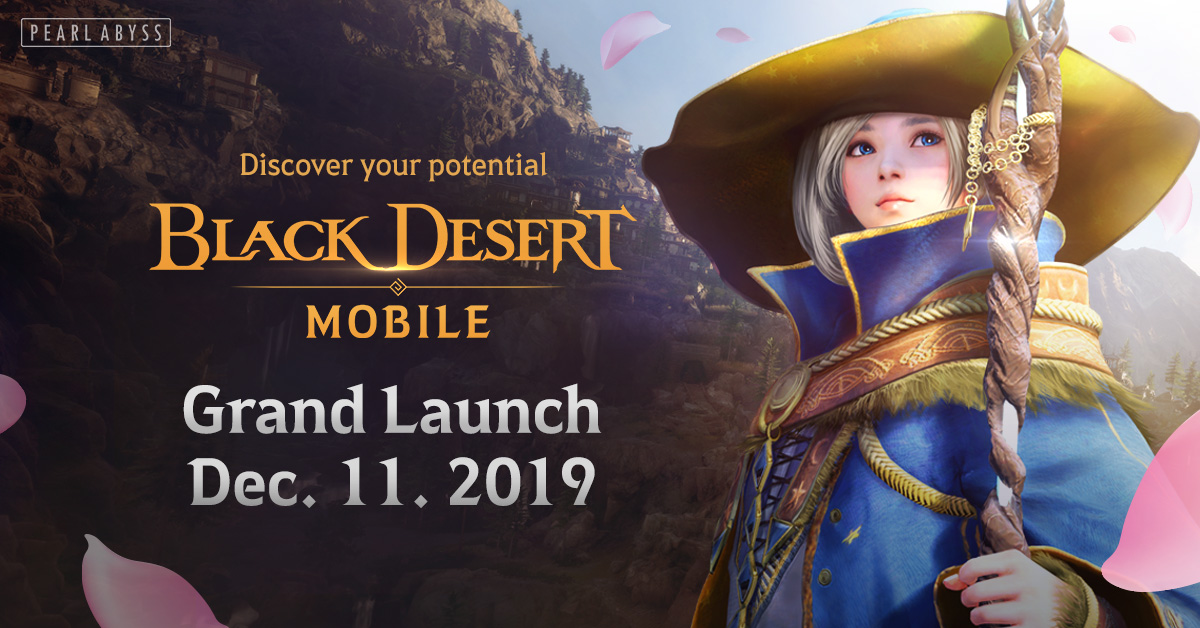 Pre-register now on the official website to claim your key to Black Desert on consoles or PC while supplies last: https://www.world.blackdesertm.com/Intro/prereg

The Black Desert franchise spans across PC, Xbox One, PlayStation®4, and mobile platforms with over 20 million registered users and availability in more than 150 countries. Black Desert Mobile offers the same fast-paced action combat and detailed character customization that players have come to expect on PC and console, with support for English, German, French, Spanish, Russian, Thai, Indonesian, Chinese and Chinese Traditional languages. Experience an open-world MMORPG filled with relaxing life skills and more, including:

Pre-register on the Google Play Store or pre-order on iOS App Store ahead of the global launch on December 11, 2019.