The noose tightens around the detective. Having totally lost the trust and friendship of Doctor Watson, Sherlock Holmes now needs to continue his investigation alone. Doctor Watson, in parallel with Scotland Yard’s frantic pursuit of the fugitive, is trying to find his former friend and seek answers to all questions brought up by Holmes’s actions.

This brand new video offers a sneak peak at the game, its dark ambiance, and its strong story centered around a controversial hero with cryptic motives. Players will lead a thrilling investigation, playing as both Holmes and Watson, while trying to discover the reasons behind the strange actions of Sherlock himself.

You are Sherlock Holmes, and this is your investigation. Unfold an incredible conspiracy on PS3, Xbox 360® and PC Spring 2012! 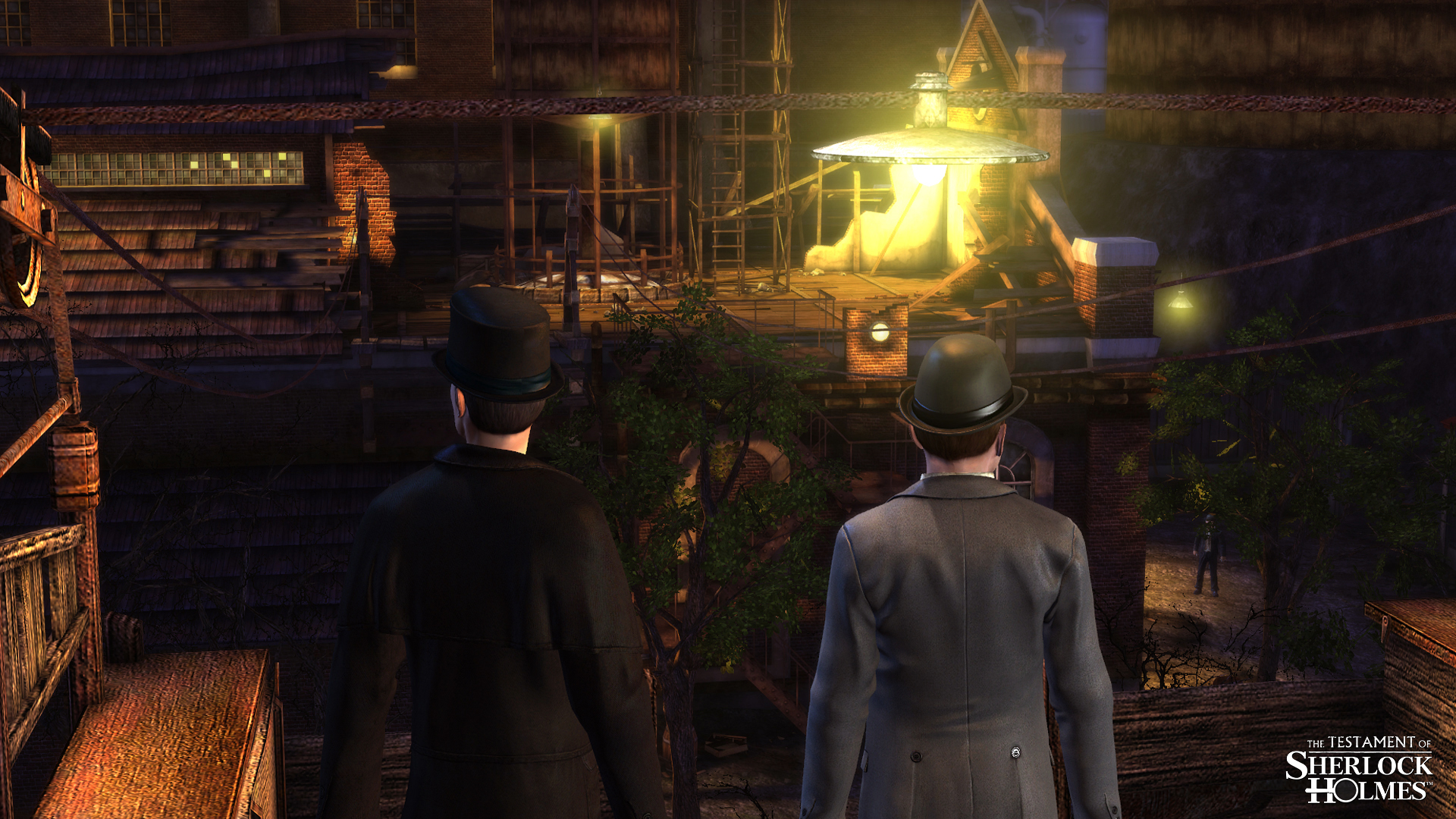 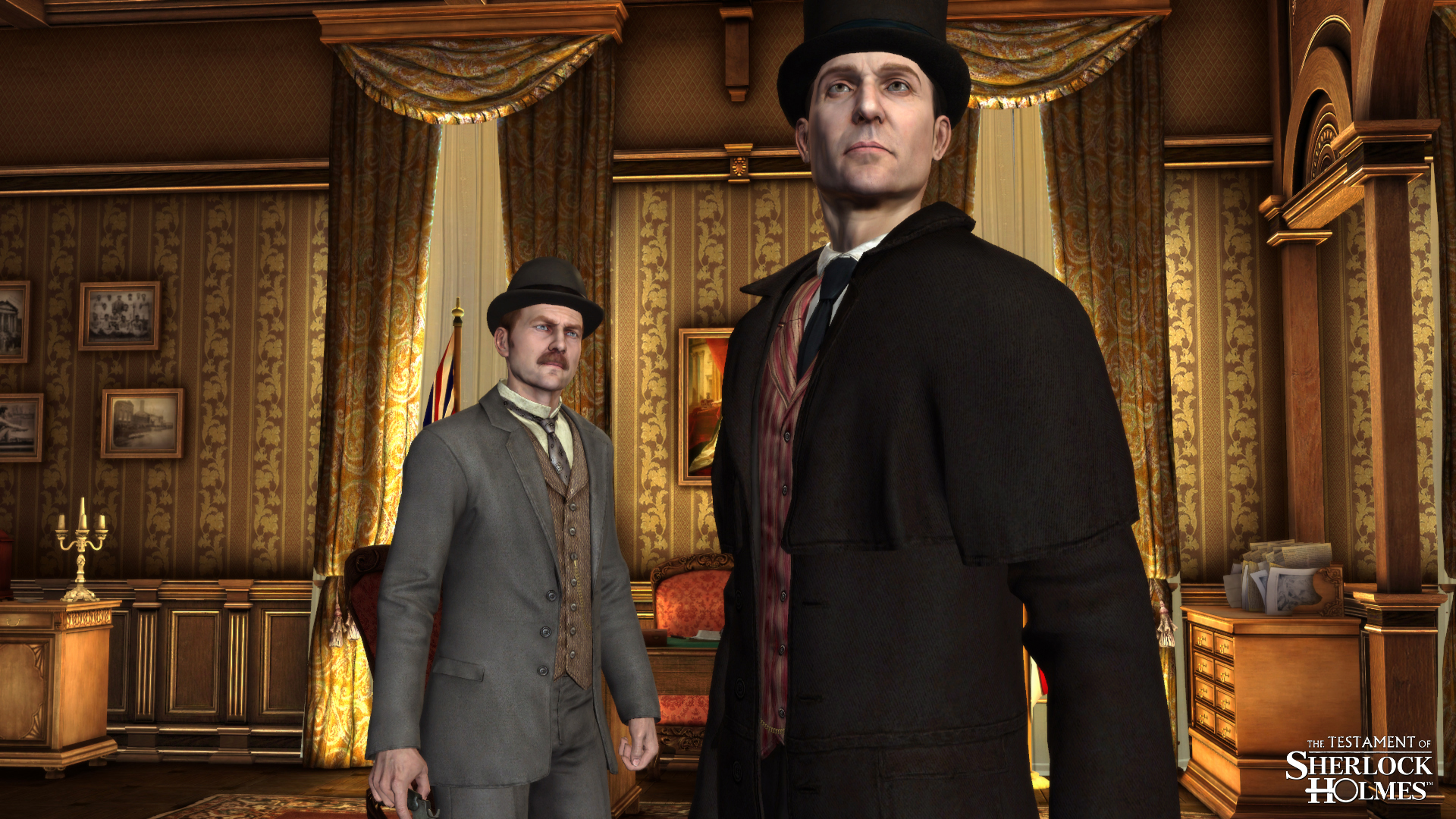 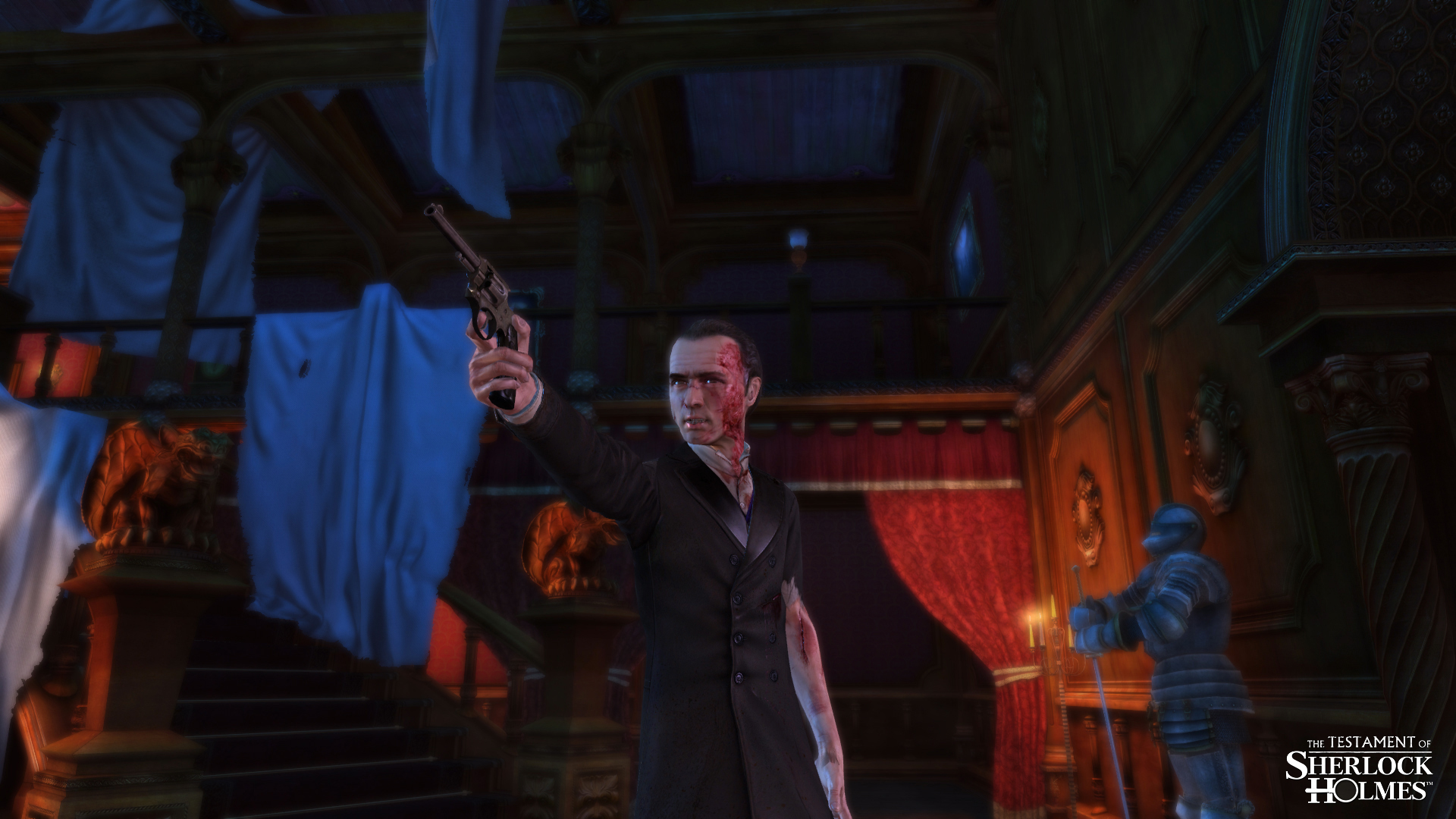 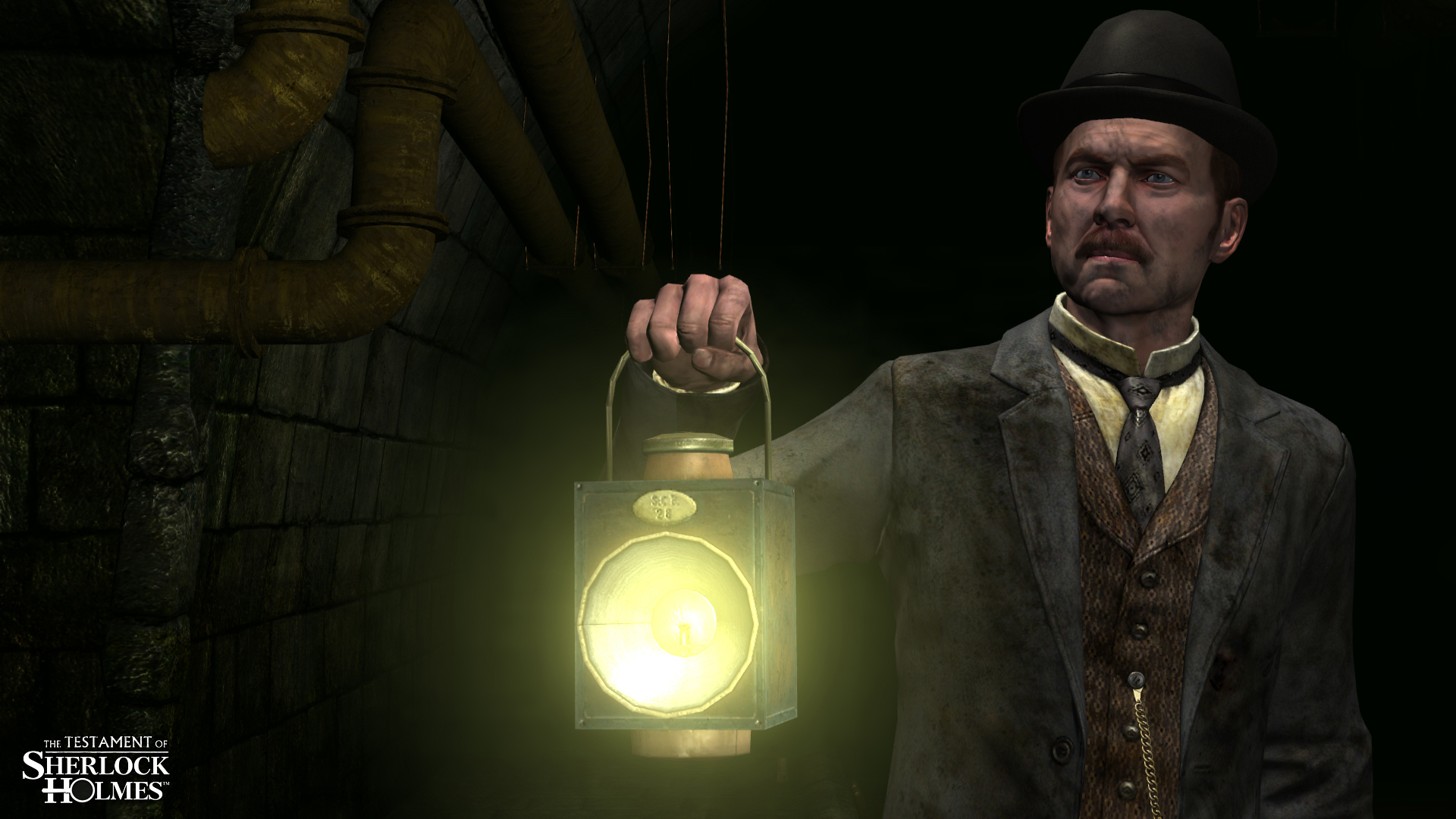 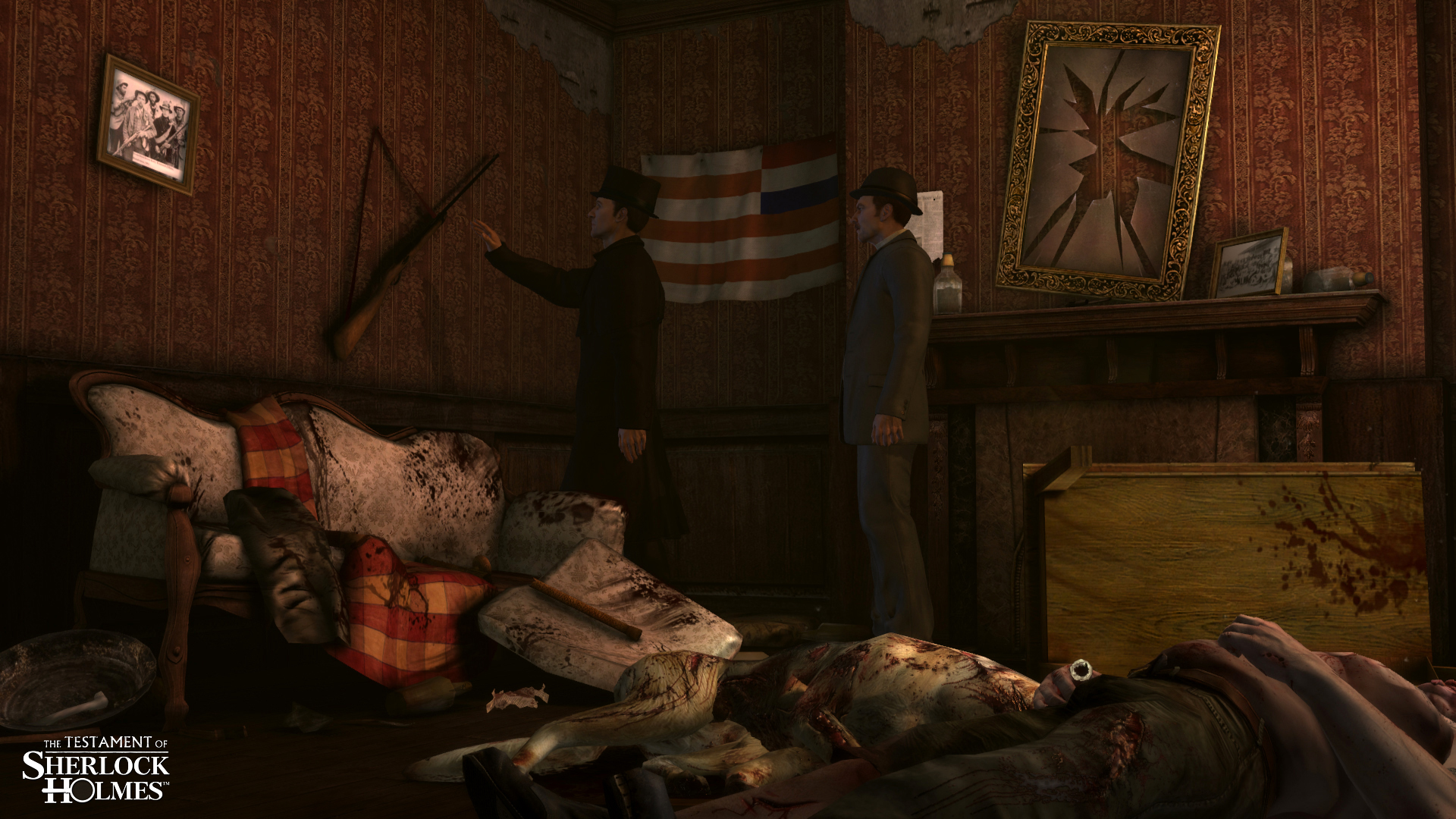 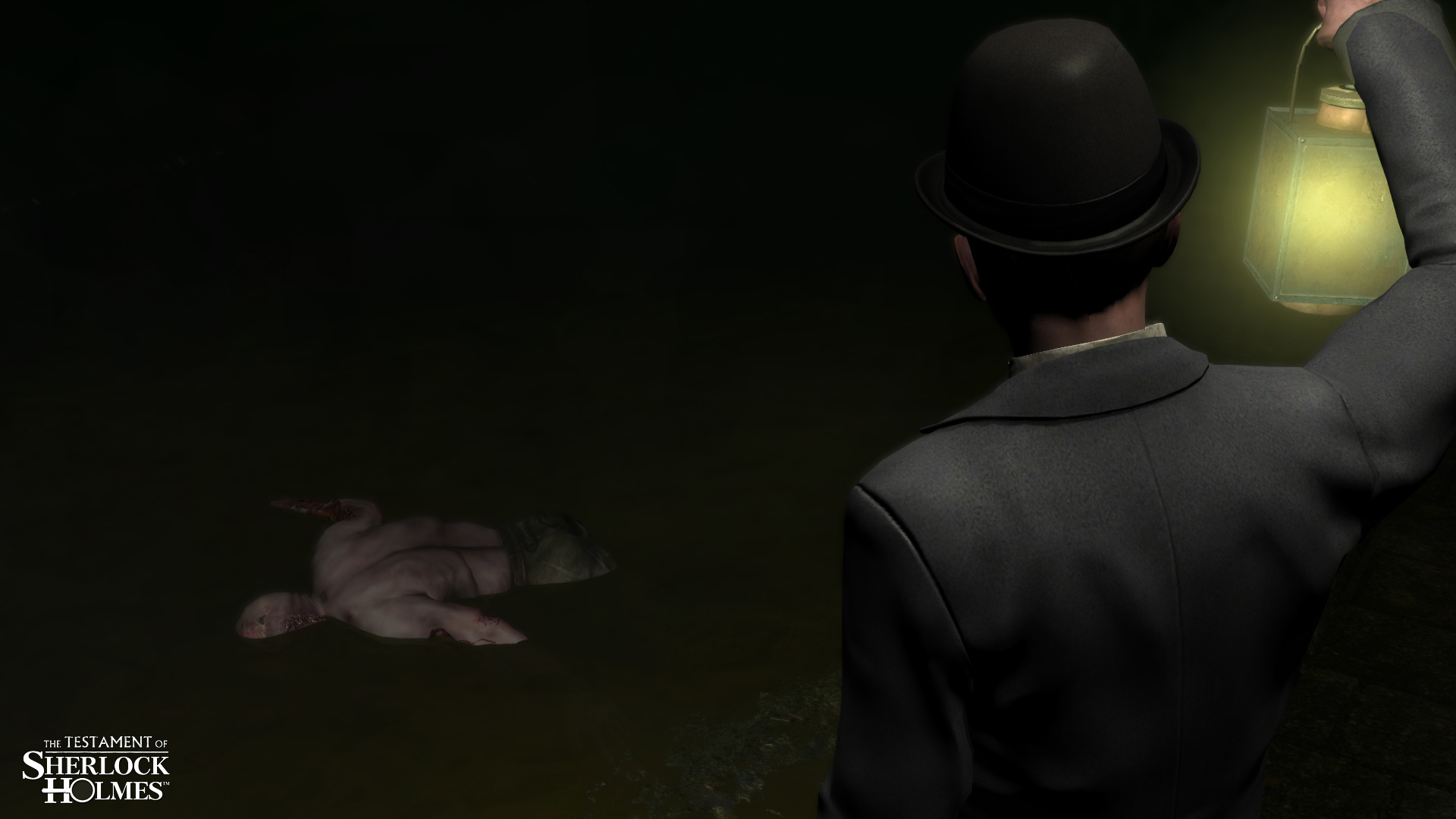 About The Testament of Sherlock Holmes
Sherlock Holmes causes a stir! For over ten years, millions of players have donned the hat and magnifying glass of the world’s greatest detective, in a dozen games for PC and handheld systems. This year, Sherlock Holmes makes a triumphant return in his very first adventure specially designed for the PlayStation® 3 and Xbox 360® game consoles! All the mystery and intrigue will also be available on PC.

1898, London. All the evidence of police investigation points at Sherlock Holmes as the main suspect in a case involving theft, fraud and double-crossings. Unable to prove his own innocence, Holmes is rapidly losing London’s trust as doubt spreads through the city like wildfire. Even Doctor Watson’s faith in his friend begins to waver, as the famous detective flees Scotland Yard and raises further suspicion; prowling around at night, destruction of evidence… would Holmes go so far as to commit murder?

A mainstay genre of console games, The Testament of Sherlock Holmes is playable with a gamepad in a third person view, with controls thought and specially developed with consoles in mind. The new game engine was also specially built to display complex scenes and high-resolution textures. The game features lush, captivating environments and truly raises the bar for console adventure games.

The complex and decidedly-mature storyline surrounds a particularly tricky investigation, in which each and every puzzle will challenge both insight and wits! As Sherlock Holmes, you will use the detective’s full repertoire: handle and inspect clues, reenact crimes and use the game’s new deduction system to draw your own conclusions. Choose your questioning approach to catch characters off guard and gather valuable information. Players are facing an open investigation, and must decide which leads to follow and which to ignore.

You are Sherlock Holmes, and this is your investigation. Live a thrilling adventure and foil an incredible conspiracy on PS3, Xbox 360 and PC, coming Spring 2012!

In 2012, Focus will publish ambitious games such as Wargame: European Escalation, the new real time strategy game from the creators of R.U.S.E.™; Game Of Thrones™, the role-playing game adapted from the bestseller saga written by George R.R. Martin; The Testament of Sherlock Holmes™ on PC and for the first time ever on consoles; Of Orcs and Men, a great roleplaying game featuring Orcs and Goblins; Confrontation®, the video game adaptation of the famous board game universe by Rackham and also the official video game of Le Tour de France.
www.focus-home.com

About Frogwares
Created in 2000, Frogwares is an independent development studio specialized in adventure video games and located in Ukraine. Thanks to a talented team of 45 artists and programmers, Frogwares realizes quality games to please adventure fans and has alternated the production of games based upon inquiry and discovery, with high licenses such as the award-winning Sherlock Holmes, Jules Verne and now Dracula. The graphic quality, the technical innovation and the incredible ability to create environments and atmospheres are the spearheads their titles.
www.frogwares.com